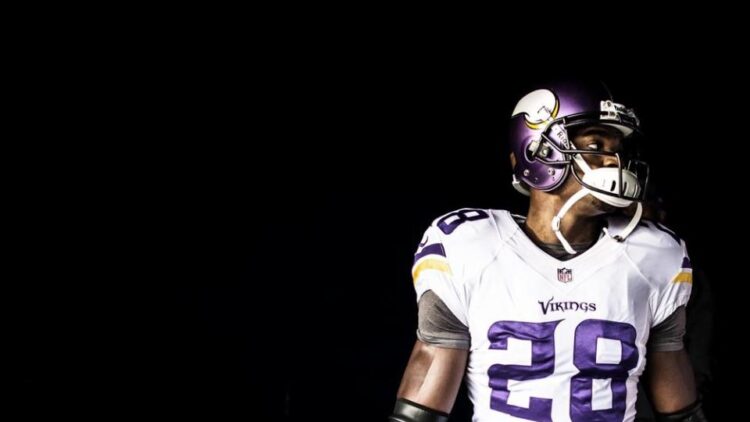 Adrian Peterson may be back with the Vikings, and for a moment everything seems like it used to be, but the off-field situation is not yet resolved.

In November, the NFL indefinitely suspended the running back for violating the league’s personal conduct policy. Peterson was indicted on felony charges of reckless or negligent injury to a child in September, and he pleaded no contest to misdemeanor reckless assault after authorities said he hit his 4-year-old son with a switch and caused physical injury.

The issue came in the timing and carrying out of the suspension. Peterson payed the $4,000 fine and completed 80 hours of community service according to the judge’s ruling. When the NFL suspended him, the NFLPA accused the league of what it called an “arbitrary disciplinary proceeding” after Peterson’s legal matters had been already resolved.

Since the NFLPA and the NFL have not yet come to an agreement, Judge Mayeron is stepping in. Krammer reported the following:

[pull_quote_center]Judge Mayeron ordered that both sides ‘must meet in person or telephonically with one another on or before July 30, 2015 to engage in a full and frank discussion of settlement’ in order to ‘encourage the parties to address the issue of settlement on their own.'[/pull_quote_center]

According to Krammer, if the two sides do not land on the same page by Aug. 6 they will be ordered to issue settlement positions for an Aug. 13 conference. That date is just prior to the already-scheduled contempt hearing before U.S. District Judge David Doty. Doty ruled in favor of Peterson in February, but the NFL appealed that decision.

Judge Mayeron is not expecting an easy decision, nor is she expecting to let up on her ruling. She said the following:

“All participants should plan on spending the entire day and evening, if necessary, at this settlement conference.”

Peterson rejoined the Vikings in June after being officially reinstated on April 17.