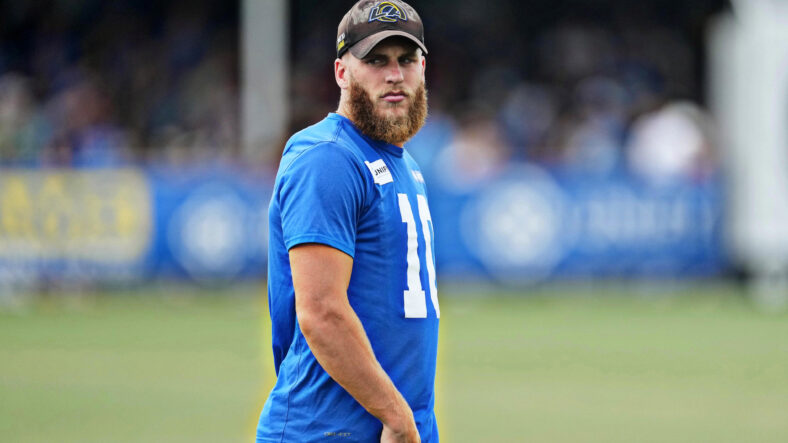 Jefferson told the Pioneer Press in July of his on-the-field superiority to Kupp, “Coop is good, but I’ll say he’s behind me.”

Kupp, through channels of Rams communication, disagreed by stating, “I respect his opinion, and I can also respectfully disagree.”

Kupp, 29, led the NFL in every meaningful WR statistical metric last season, culminating in a Super Bowl MVP award after the Rams knocked off the upstart Cincinnati Bengals in February. All told, on 191 targets, Kupp tallied 145 receptions for 1,947 receiving yards and 16 touchdowns — a Hall of Famer-worthy season. He also earned First-Team All-Pro status, a Pro Bowl nod, Offensive Player of the Year, and finished third in MVP voting.

Jefferson also has youth on his side, especially to knock Kupp off his best-in-the-league pedestal. Six years Kupp’s junior, the Vikings wideout is just getting started. In his first two seasons, Jefferson set the NFL record for most receiving yards in a player’s first two seasons (3,016) and ranks fifth all-time via touchdowns (17) in the same category. Kupp will likely produce a strong next few seasons at age 29, but wide receivers not named Tim Brown, Larry Fitzgerald, or Jerry Rice tend to “slow down” in their early 30s.

Kupp and Jefferson now have one thing in common, though — a man named Kevin O’Connell. The ex-Rams offensive coordinator joined the Vikings as head coach in February after the Super Bowl triumph and will build his empire in Minnesota as a first-year head coach. With the help of Sean McVay, O’Connell helped shove Kupp into his current tier of superstardom.

And for posterity, Jefferson still classifies Davante Adams as the best wideout in the business. The Green Bay Packers traded Adams to the Las Vegas Raiders in March.