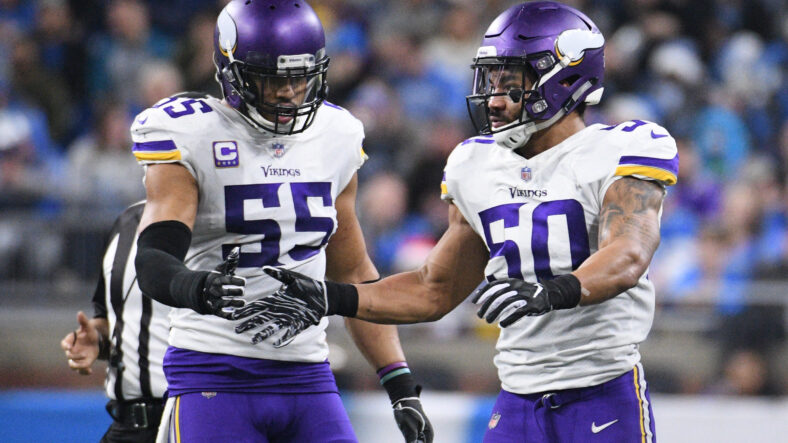 Linebacker Eric Wilson joined the Packers, added to the team’s depth chart just days before Green Bay squares off with the New York Giants in London.

Wilson was a member of the New Orleans Saints prior to the Packers move, and the Saints just played the Vikings in London three days ago.

Wilson leaves a Saints team near the basement of the NFC for a Packers organization looking for its fourth consecutive NFC North crown. The Chicago Bears won the division in 2018, but Green Bay has instituted a stranglehold ever since. This year, the Vikings and Packers have 3-1 records through four weeks, tying atop the division, with a tiebreaker leaning in Minnesota’s favor.

During his life-after-Vikings experience, Wilson has played for Philadelphia Eagles and Houston Texans, the aforementioned Saints — and now packers. Wilson lasted seven games in Philadelphia before a midseason release in 2021, ending up with the Texans, who finished 4-13 last season. He played seven games down in Texas.

With the Vikings, Wilson notched 234 combined tackles, 19 quarterback hits, 18 tackles for loss, eight sacks, and four interceptions. He was most involved in Minnesota’s defense inside the 2020 season when veteran Anthony Barr missed 14 games with a torn pectoral muscle.

A playmaking and opportunistic defender who struggles against the run, Wilson brings an uneven Pro Football Resume to the Packers. Here are the grades since 2017:

Indeed, 2021 was a quiet year for Wilson, who will hope to make an impact with the Vikings most hated foe. As an inside linebacker, Wilson will compete for playing time with Packers LBs De’Vondre Campbell, rookie Quay Walker, and Isaiah McDuffie. He hasn’t yet played a regular season game in 2022 but is on Green Bay’s active roster, for now.

The Vikings downed the Packers in Week 1 by a score of 24-7.