Who Are The Contenders in the NFC? 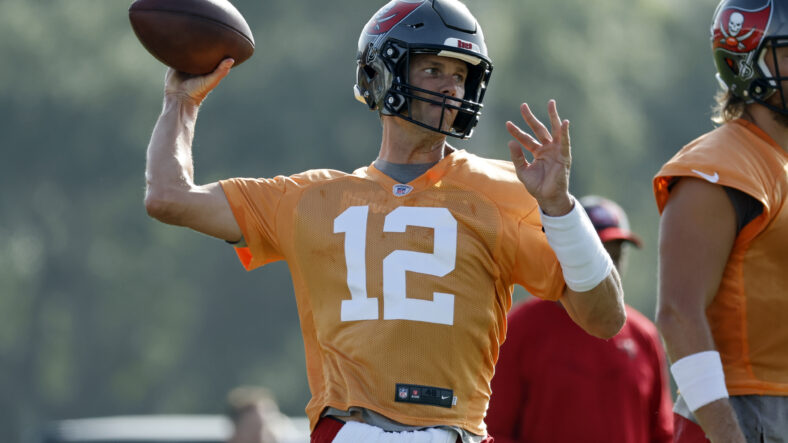 Training camps are underway, and the first preseason games are just around the corner. After a two-year absence, the Minnesota Vikings hope to return to postseason action.

Under the new leadership of Kwesi Adofo-Mensah and Kevin O’Connell, the Vikings should see making the playoffs as a minimum requirement this season. Once they are there, the question is whether they can make some noise. To do so, they will need to be able to match up with the best teams in the NFC. So, just who are the contenders in the NFC?

The only place to start is in the division where Green Bay will look to make it four consecutive division titles. The Packers are still the team to beat with Aaron Rodgers at quarterback. If the Vikings can topple them and take the North, that, of course, would be a huge advantage come playoff time. Despite the loss of star wideout Davante Adams, the Packers will still have a potent offense with Rodgers at the helm.

To be a serious contender, they will need one of their young receivers to step up. Minor knee surgery has meant this year’s second-round pick Christian Watson hasn’t got going yet. In his absence, fourth-round pick Romeo Doubs has taken the opportunity to impress. With a backfield duo of Aaron Jones and AJ Dillion to fall back on, as well as a very good defensive unit, it would be a surprise to me if the Packers weren’t playing meaningful football once again come January.

The reigning Super Bowl champions, the Rams mortgaged the future by trading away future draft picks for big-name players, and it worked.

With Matthew Stafford at quarterback, they went all the way. They are running it back this season, having lost only a few key players from their championship-winning team. Forty-year-old tackle Andrew Whitworth retired, and Odell Beckham hasn’t been re-signed. However, the Rams moved to bring in Allen Robinson to bolster their receiving core. Experienced linebacker Bobby Wagner was brought in to bolster their defense. I’d expect a strong defense of their title and a deep playoff run.

Tom Brady is back in Tampa for another year, and as the strongest team in the NFC South. The Bucs will be in the playoffs again and are the last of what I would call the big 3 NFC contenders.

Does Brady have another Super Bowl run in him at 45? They are giving him every chance in Tampa, adding Julio Jones and Russell Gage to Mike Evans and Chris Godwin at wide receiver — as well as adding Akiem Hicks to the defense. Tight end Rob Gronkowski announced his retirement in June. Assuming he stays retired this time, Cameron Brate takes his role along with new signee and former Viking Kyle Rudolph. With Leonard Fournette in the backfield, and if Godwin returns from an ACL injury suffered at the back end of last season firing on all cylinders, Brady has a frightening array of weapons at his disposal this season.

The NFC East has been in the doldrums in recent seasons — a team of historic franchises struggling to live up to their glorious past.

The Cowboys looked the obvious choice to win the division again, though the Eagles might have something to say about that after a very good offseason. The big question with the Cowboys is at quarterback. Dak Prescott is good, but can he take his game to the next level? Injuries have been a problem, although he only missed one game last season. When Cooper Rush led the Cowboys to victory over the Vikings in Week 8, there were question marks over whether the ankle injury hindered him down the stretch. He now needs to have “the year” that propels him to be among the elite quarterbacks in the league.

Amari Cooper has been traded to Cleveland, and Michael Gallup is coming back from an ACL tear, which leaves them looking light at wide receiver. However, their defense is strong, and they will be in contention for the division.

They also added Jordan Davis and Nakobe Dean to the defense in the draft. Jason Kelce comes back for the probably one last season with the job of mentoring rookie center Cam Jurgens, who the Eagles will hope becomes his long-term replacement. It promises to be a close race for the division title, but whether the Cowboys or Eagles have enough to make an impact in the playoffs remains to be seen.

The 49ers are a good football team, and Jimmy Garrapolo was good enough to take them to the playoffs and be competitive. However, it always felt like they needed more at the quarterback position — hence why they traded up to take Trey Lance in last year’s draft.

With a year in San Francisco behind him, it is time for Lance to step up. With a solid defense, solid defensive line, and playmakers like Deebo Samuel and George Kittle, the 49ers are certain to be a threat once again — unsurprising from a team that made the Championship game last year and the Super Bowl in 2019.

Can Lance provide the spark to take them over the hill, or will the inconsistency of a young quarterback cause a drop-off in Year 1 as a starter?

The Cardinals have threatened to make a run for the last two seasons but ultimately failed to deliver.

Kyler Murray has a new big-money contract, which initially included a strange independent study clause, which has since been removed. What’s certain is that the quarterback is expected to fulfill his promise now that he had been paid. It won’t be easy in a tough division that includes the Rams and 49ers. The addition of Marquise Brown via trade gave the Cardinals a significant weapon, which was much needed, especially with DeAndre Hopkins suspended for the first six games.