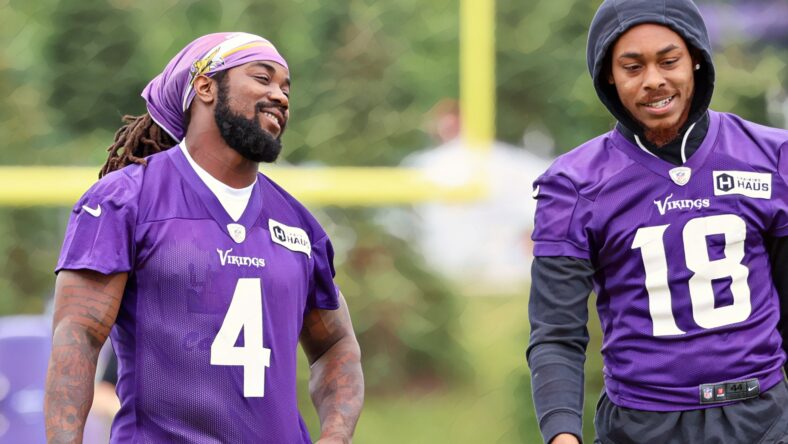 Pro Bowl votes began tabulation this week, and the Minnesota Vikings are in good shape as one particular man leads the way.

The actual Pro Bowl game was abolished last offseason, but the powers that be still recognize the NFL’s top dogs via voting.

And in the early stages of voting, Vikings wideout Justin Jefferson leads the way with 72,043 votes, according to Chris Tomasson of the Pioneer Press.

Jefferson ranks second in the NFL in receiving yards through Week 11 with 1,093, behind only Tyreek Hill, who has 1,148 yards down in Miami. And for Pro Bowl voting, Jefferson leads Patrick Mahomes (69,679 votes) and Saquon Barkley (68,936).

Jefferson’s vote is propped up because the Vikings also happen to be winning in 2022, unlike recent seasons of 2020 and 2021. The Vikings are 8-2, the NFL’s second-best record behind the Philadelphia Eagles (9-1). Minnesota has a 99% probability of reaching the postseason, 97% of winning the NFC North, and a 5% chance of winning the Super Bowl, per FiveThirtyEight.

Individually, Jefferson is on a barn-burning pace, scheduled to accrue 1,858 receiving yards and 9 touchdowns per his current production rate. The yardage mark would shatter Randy Moss’ single-season franchise record of 1,632 yards from 2003.

Jefferson is also experiencing more attention than ever in a Vikings offense, especially compared to his freshman and sophomore campaigns:

Justin Jefferson’s Targets,
thru 10 Games of a Season,
Career:

The deadline for fan voting on the NFL’s website and social media is December 15th. You can vote here.

Instead of a football game among Pro Bowlers, the NFL will host a Pro-Bowl-like event on February 5th, 2023, with these items: