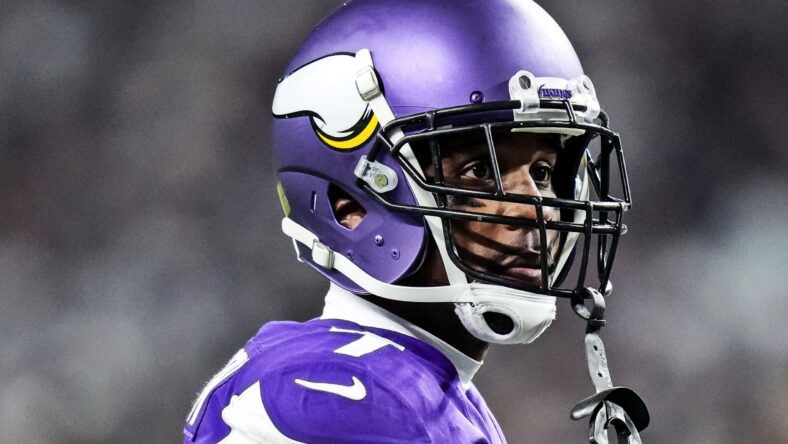 This is the Vikings probability meter before Week 12, with a home contest at the New England Patriots up next. In Week 11, Kevin O’Connell’s team lost its second game of 2022, falling to the Dallas Cowboys 40-3 in a total hangover game.

Change from Last Week = no change

FiveThirtyEight decided after Week 11 that Minnesota was the 10th-best team in football with the third most-likely odds to reach the playoffs. The franchise felt five spots per FiveThirtyEight‘s power rankings.

The Vikings have reached shoo-in status to win the NFC North, which would be their first such achievement since 2017. The Green Bay Packers have seized the division in every season since 2019. However, Minnesota has a 4.5-game lead on Green Bay, plus the temporary tiebreaker from defeating the Packers in Week 1. The Packers have lost five of their last six games.

The Vikings lifelessness against the Cowboys dropped their postseason hopes by a smidgen. It also allowed the Lions to subtly dream about catching the Vikings in the NFC North, which won’t happen. According to Football Outsiders, the Lions now have a 13% chance of reaching the postseason, unbelievably 6.3% higher than Green Bay.

A foundational, historic collapse would be needed for the Vikings not to win the division.

Minnesota’s odds per sportsbooks of reaching the postseason stayed the same after Week 11, as the Vikings stand atop the NFC North while Green Bay and Detroit fight for second place. For Detroit to win the division, the Vikings must go 1-6, while the Lions finish 6-1.

This site leans heavier on wins’ and losses’ impact on the postseason. It doesn’t factor in predictive, intuitive measures like FiveThirtyEight. It considers the Vikings sure-fire playoff participants. According to the site, the Vikings are the third most-likely franchise to reach the postseason behind the Kansas City Chiefs and Philadelphia Eagles. When the season began, the site listed the Vikings at 43%.

The Vikings take on the Patriots in Week 12 at U.S. Bank Stadium. Minnesota is an early three-point favorite.