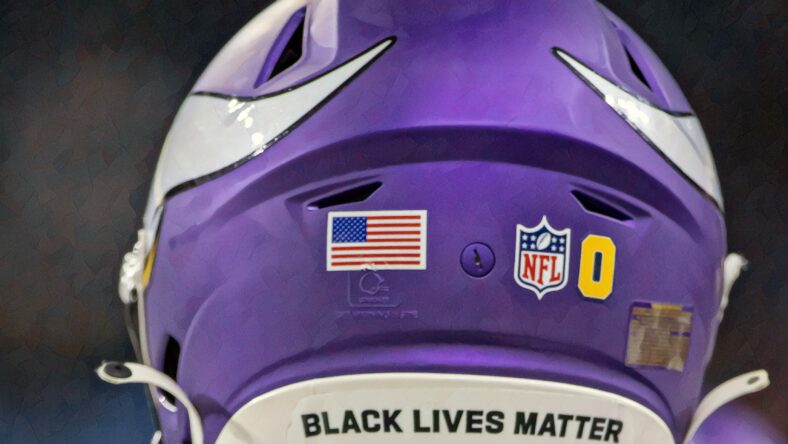 The Minnesota Vikings will try to bounce back from a grisly loss versus the Dallas Cowboys on Thanksgiving night.

And they’ll do it against the New England Patriots while wearing their fancy “Primetime Purple” color rush uniforms.

The uniforms are basically the same — but with gold lettering and numbering. The purple stays the same, although the Vikings wear purple pants, too.

The helmets and font stay the same. The outfits are considered by most Vikings fans as pretty spiffy — and about as funky as the Vikings get with any uniform changes. Various other NFL franchises enjoy changing uniforms substantially for special occasions, like an entirely different primary color. See: the Cincinnatti Bengals white uniforms earlier this year.

But the Vikings never rock to the boat too much with uniform changes and are one of the few teams that have never made fundamental changes since the team’s inception. And that’s not a bad thing. That’s just the way it is.

When the Vikings don the Primetime Purple on Thanksgiving, it’ll be the fifth time in the colors. They were introduced in 2016, specifically a Thursday Night Football game versus the Dallas Cowboys. The Vikings only wear the color-rushes at home and are 2-2 (.500) wearing them. So, Thursday’s game is a temporary rubber match.

And Minnesota will face New England, a 6-4 ballclub trying to win the AFC East. That division is the most competitive in football, and no team has a record worse than 6-4. The Patriots rank first in the NFL via defensive EPA/Play but 25th in offensive EPA/Play. They stifle opposing offenses but consistently struggle to move the football and score points on offense. Such is life without Tom Brady.

The Vikings last wore Primetime Purple on Thursday Night Football versus the Pittsburgh Steelers in December 2021. The Vikings sprinted to a 23-0 halftime lead, collapsed, but held on to win 36-28.

Thursday’s game is the first for the Vikings against the Patriots without Brady since 2000. 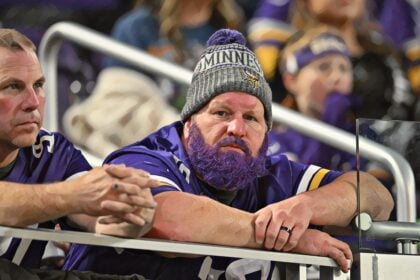 Also Read:
The Vikings Are the Worst 8-2 Team in NFL History, by the Numbers.