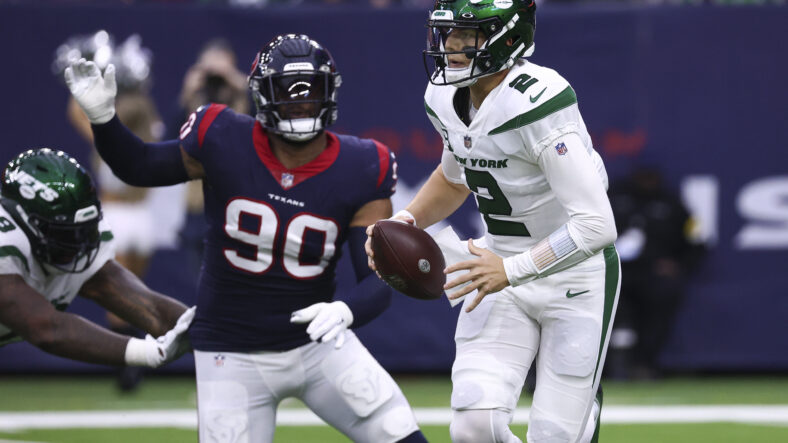 Watts was considered a lock to make the 53-man roster and was even a starter on the Vikings own depth chart.

But the Vikings new front office had different plans, ending the Watts era in Minnesota in favor of Blacklock, whose performance with the Texans isn’t exactly stellar through two seasons.

The Vikings reportedly sent a 6th-Round pick to Houston and received Blacklock and a 7th-Rounder additional in return.

After Watts’ release, Vikings fans theorized an incoming signing of Ndamukong Suh, who has been attached to the Vikings rumor mill all summer. While the Blacklock deal dampens Suh-to-Vikings, it doesn’t entirely rule out the possibility.

During the lead-up to the 2020 NFL Draft, Pro Football Network described Blacklock’s skillset as “quick, explosive one-gap tackle with big upside” and someone who “plays smart, instinctive football and quickly locates the ball carrier.”

If the plan is to indeed start Blacklock — that was the idea for Watts — the Vikings defensive line would look like this:

Blacklock was a TCU teammate of former Vikings cornerback Jeff Gladney, who tragically passed away in May.