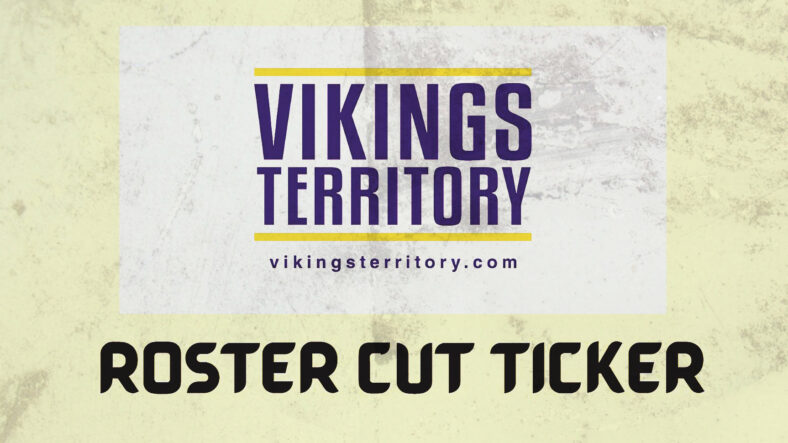 Ninety men began Minnesota Vikings training camp, with the total dwindling to 53 before the start of the regular season. Below is the 2022 Vikings roster cut tracker.

The Vikings trimmed the depth chart to 85 names on August 16th, 80 on August 23rd, and the process will culminate with the final roster rendition on Tuesday.

The roster detailed below was the pre-training camp version, updated with additions like Nick Mullens from the Las Vegas Raiders. Players with a line through their name are no longer with the team. Red indicates Injured Reserve or PUP list. The article will be edited with strikethroughs until the start of the 2022 regular season. Check back frequently for updates.