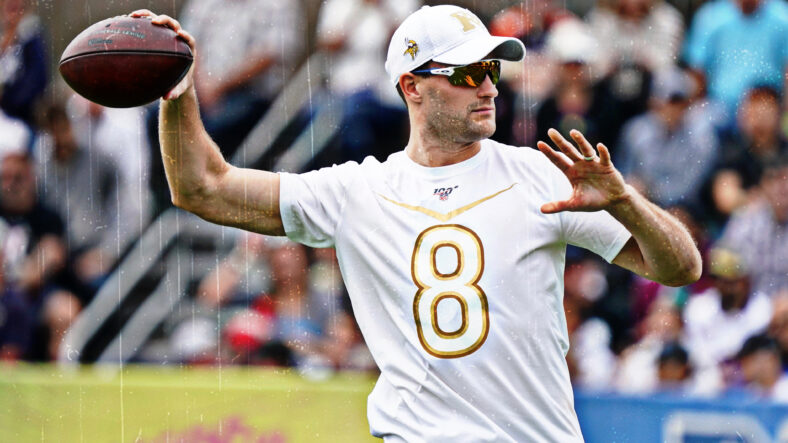 The Pro Bowl in 2023 will once again take place in Las Vegas, in Allegiant Stadium. Allegiant Stadium opened two years ago and is scheduled to host the Super Bowl LVIII in February of 2024. The stadium is the home of the Las Vegas Raiders and the college football team UNLV Rebels.

The first time the Vikings play there this season will be when they play their first preseason game in Las Vegas against the Raiders on August 14th.

Sixty-five thousand people can watch football in the dome. It’s the ultimate goal for Vikings players in the 2024 season. However, to play in the home of the Raiders at the Pro Bowl in February 2023 is the goal for a lot of NFL players. Multiple Vikings have a chance to receive Pro Bowl honors after the upcoming season.

This year, after the 2022 season, the Vikings sent five players to the event.

Outside of those five, which Vikings are most likely going to receive an invitation?

The edge rusher is a phenom of a human being. He is built like a greek god, with his 6’5″, 250 lbs body with veins everywhere. In addition to that, he runs a sub 4.6 40-yard dash and is extremely strong. Hunter is the total package. He can rush the passer and stop the run. Two injuries had him missing most games in the last two seasons. He missed the 2020 campaign with a neck injury and ten games in 2021 with a torn pectoral muscle. In his last healthy seasons in 2018 and 2019, however, Hunter recorded 14.5 sacks in each season, and he went to Pro Bowl both years. He’s fully healthy now and has a good chance of returning to the event.

Smith has a similar story as Hunter. He missed all of 2021 except a few snaps in Week 1 with a back injury. Before that, he was a dominant force for the Packers. His former team released him after his injury, and he became a Viking. Like Hunter, Smith went to the Pro Bowl in his last two healthy seasons, 2019 and 2020, and recorded 26 sacks in those two seasons. Smith and Hunter will form one of the deadliest pass-rushing duos in the NFL. The only thing that can possibly slow the two down is injuries. If they can stay healthy, the Vikings can go a long way.

Unlike the two aforementioned edge rushers, Nwangwu has never been to a Pro Bowl. However, he certainly should’ve been to his first as a rookie. He was the only player in the league to return two kickoffs for a score and therefore was qualified to represent the NFC as a return specialist. He’ll have a new chance to convince voters in the upcoming season, as his kick return job is uncontested. He’s too good to have any competition. After barely seeing action on the Vikings offense in 2021, he could get more touches in 2022.

The linebacker has been one of the most essential pieces of the Vikings’ defense since 2015. A former second-round pick is a tackling machine and great in coverage. He’s one of the elite coverage linebackers in the game. Kendricks has already recorded 782 tackles in his career. After a down-year in 2021, he’s set to reestablish himself in the elite group of linebackers. The Vikings defender received his lone Pro Bowl honors in 2019. He’ll play a slightly different role in the new defensive scheme. It could allow him to rack up even more tackles behind a strong defensive line. Harrison Phillips, Dalvin Tomlinson, and Armon Watts will do their best to keep blockers away from him, so he can find the ball and make a play.