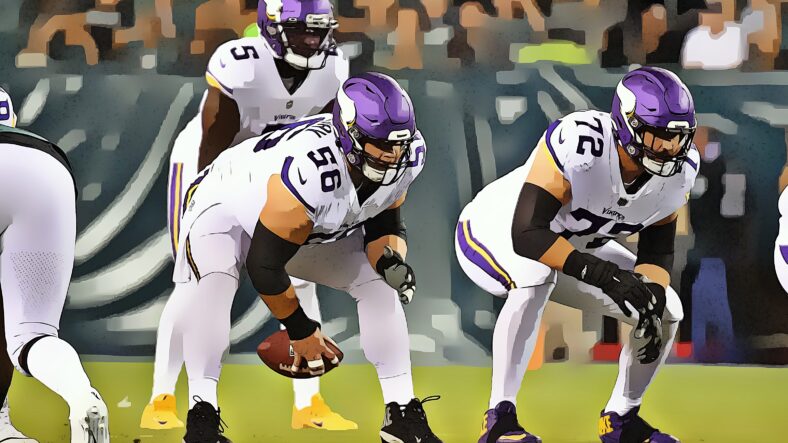 At 4-1, the Minnesota Vikings season is feeling fancy, and the performance from an unsung contributor is raising eyebrows — in a good way.

Unbelievably, center Garrett Bradbury is suddenly the real deal as an offensive lineman, far exceeding the “just be average” request from Vikings fans spanning three years. And nobody saw it coming.

Of course, Bradbury isn’t Dermontti Dawson, but he is the NFL’s ninth-best center through five weeks, according to Pro Football Focus, a vast improvement from any year since joining the Vikings in 2019. Put plainly, it appears Bradbury has “figured it out.”

Usually lambasted with nicknames like “parking cone,” Bradbury is no longer the butt of jokes and instead draws kudos from Vikings loyalists. With a new coaching staff, which insisted in the summer that Bradbury would work on its offensive line, Bradbury is pass-blocking with ease and effectively paving running lanes. Before 2022, Bradbury was an adept run-blocker but woefully poor with pass protection. He seemed to personally set opposing defensive linemen in Kirk Cousins’ lap from 2019 to 2021. For now, those days are over.

Bradbury is now the NFL’s seventh-best pass-protecting center per PFF. Here are the pass-blocking grades in his career (and through five games of 2022):

And the 2021-to-2022 about-face from a 43.7 grade to 72.0 leaves many fans saying aloud, “What in the world?” Well, it’s true. It’s damn true. Minnesota’s coaching staff, led by Kevin O’Connell, with side dishes of Wes Phillips as offensive coordinator and offensive line coach Chris Kuper, have fixed Bradbury. Vikings fans — and this website — spent ample portions of the summer devising Bradbury contingency plans that now probably won’t be necessary. Side-eying Chris Reed for the job or praising the positive aspects of Austin Schlottmann’s game were all best-laid plans.

Bradbury still has a good-not-great overall grade from PFF with a 66.0, but that score is amplified when he and his pals aren’t watching Cousins get drilled into the turf.

Heading into Week 6, Bradbury owns the NFL’s fifth-best pass-blocking win rate among the league’s centers, according to ESPN.

Plus, the Vikings, as a team, thanks to performances from Christian Darrisaw, Ezra Cleveland, Ed Ingram, Brian O’Neill, and Bradbury through five games — are the NFL’s fifth-best pass-blocking team per the same ESPN metric.

The Vikings continue the quest of winning the NFC North for the first time since 2017 this Sunday at Miami. The Dolphins have the league’s third-best pass rush, says the ESPN metric above, so Bradbury will experience another challenge to his newfound notoriety.