Vikings Down to Nubbins at CB 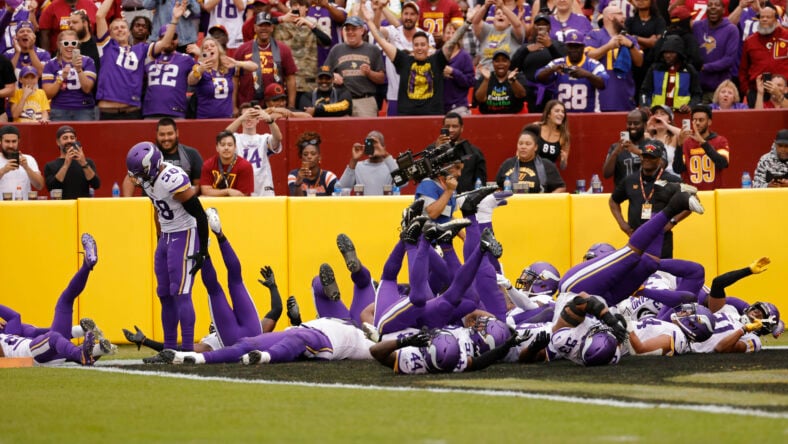 In the last two weeks, the Minnesota Vikings have lost two starting cornerbacks to injury — one at Washington, the other in Buffalo.

Patrick Peterson stands tall, but after the veteran, rookie Andrew Booth will start versus the Dallas Cowboys in Week 11.

Fellow rookie Akayleb Evans was ruled out of the Cowboys game, two days before kickoff. And in Week 9 at the Commanders, Cameron Dantzler suffered a high ankle sprain, sidelining the CB until at least Week 14 at Detroit.

Insert Booth, who probably should’ve seized a starting job before Evans in the first place.

The Vikings selected Booth in Round 2 of the 2022 NFL Draft, and the Clemson alumnus is in line to make his first career start against the Cowboys. When training camp began about four months ago, Booth’s stock was high, as the youngster was confident, bold, and productive. But a ho-hum preseason and injuries pumped the brakes on his immediate development.

He’ll experience trial by fire now, though, as the Cowboys offense is no joke. Dallas ranks 11th in points scored and continues to re-acclimate Dak Prescott to the offense after QB2 Cooper Rush filled in admirably in September and October.

This is the Vikings current CB depth chart:

Parry Nickerson or Tay Gowan will likely be elevated to the gameday roster as well.

Thankfully for the Vikings sake, Peterson is excelling at age 32, rekindling the fire he displayed from 2011 to 2018. Pro Football Focus considers Peterson (81.0 grade) the sixth-best corner in the NFL through 10 weeks, trailing All-Pro Jalen Ramsey (84.1) by a whisker at No. 5.

Duke Shelley, too, had an impressive showing in Buffalo, showcasing a game-altering pass breakup.

The Vikings are 1.5-point home underdogs versus the Cowboys.