The Vikings Were Thoroughly Humbled. Now What? 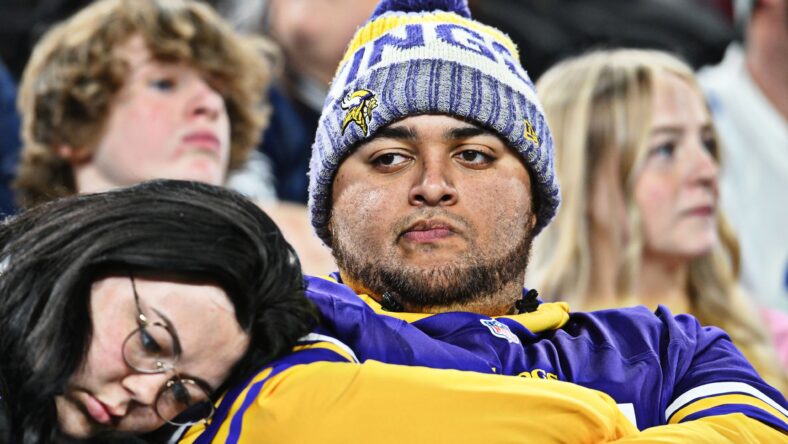 You might’ve tricked yourself that big-game hangovers were a thing of the past for the Minnesota Vikings. You — and everyone else — were wrong.

The Vikings were comprehensively embarrassed in Week 11 by the Dallas Cowboys, 40-3, a franchise that’s won four straight times at U.S. Bank Stadium. Nothing good came from the game for the Vikings, who were riding an unforeseen seven-game win streak.

Next up? Bill Belichick. No big deal.

The “now what” for Minnesota after the Dallas debacle has four subsequent chapters. Choose your own adventure.

A Beatdown of the Patriots

The Vikings walk the walk and channel the energy from Kevin O’Connell when he said after the game that the good news is they don’t have to wait for vengeance. Normally, an NFL team has to wait around for seven days, stew on the loss, plot vengeance, and then go do the thing.

For better or worse, Minnesota can jettison the sour taste in four days, not seven. The Vikings also have motivation to avoid back-to-back mind-numbing losses on national television.

O’Connell and Co. have beaten just one team handily in 2022, the Green Bay Packers, by 17 points — over two months ago. Perhaps they’re waiting for the next convincing win one week after being thoroughly humbled by Dallas.

Crushing the Patriots — or even beating them by more than one score — would rescue Vikings fans’ hopes, reaffirming that the team is the real deal. Because right now, that outlook feels flimsy. That’s what happens after 37-point home defeats.

Patriots Beat Down the Vikings

This would remind folks of the 2016 Vikings — a team that was seemingly anxious to be exposed as frauds.

Because Minnesota hasn’t scored a win by more than eight points since Week 1, some are convinced the team is fraudulent. Even beating the Bills in Buffalo wasn’t enough proof to mask the eerie 2016 vibes, according to that naysaying faction.

Well, a loss to New England by 10+ points would really bang the drum on “paper champions” via the 8-1 start.

Vikings in a Squeaker

The Vikings get back to basics and beat a team by 1 to 8 points — would be the idea here.

Let’s face it. This is the most likely outcome. Minnesota is an early three-point favorite to outduel New England. If the Vikings win, they’re probably not going to blow out the mad scientist, Bill Belichick.

Fans would welcome this outcome because “a win is a win,” a mantra relied on heavily by the 2022 Vikings. That — and the Vikings haven’t defeated the Patriots in 22 years.

Patriots Win a Close One

This wouldn’t be Armageddon. The Patriots defense is marvelous. In fact, it ranks No. 1 in the NFL per EPA/Play.

That’s right. The Patriots defense is better than the Cowboys. And if the Vikings can’t handle Dallas’ defense — spoiler: they could not — who’s to say New England won’t also defeat Minnesota?

For a team that needs to get right on offense, especially protecting the quarterback, Belichick’s Patriots may be the worst imaginable prescription.

This one (the Patriots winning a close game) would sting because it would illuminate two consecutive home losses. Super Bowl-bound football teams rarely drop back-to-backers at home.