The Vikings Top Defensive Performers vs. Bears, per PFF 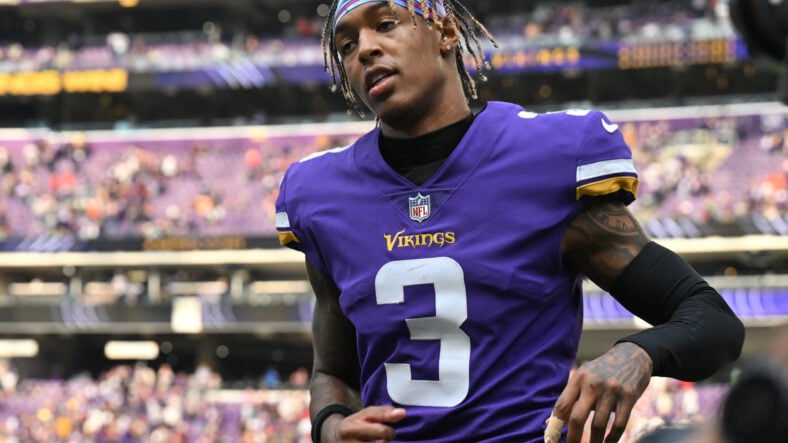 The Minnesota Vikings outdueled the Chicago Bears in Week 5, 29-22, in another zany game where the team squandered an 18-point lead but came back and held on in the 4th Quarter.

Minnesota’s offense and defense played poorly in the 3rd Quarter, but the units came through when it mattered. The special teams group produced its worst showing of the season.

Cameron Dantzler authored another career-best type of game after a superb showing in London. With the game on the line, the third-year corner ripped the ball away — as in, it wasn’t a fumble; he took the ball away — from former teammate Ihmir Smith-Marsette late in the 4th Quarter. The yank-away won the game for Minnesota, and Dantzler was the team’s top defensive player accordingly.

Harrison Phillips helped stifle the Bears robust rushing attack, a section of Chicago’s gameplan that previously flustered opponents. While quarterback Justin Fields “got his” on the ground, the rest of the Bears ball carriers were mainly neutralized.

A newcomer to top defensive players of the week lists, D.J. Wonnum registered 2 tackles, a QB hit, and a half-sack. He played 50% of all defensive snaps and has become the Vikings primary “third pass rusher” behind Danielle Hunter and Za’Darius Smith.

Linebacker Jordan Hicks logged 7 tackles against the Bears and continues to lead the team in the metric. He cashed in his best game to date in 2022, which was almost required with Fields’ mobility.

Finally, Dalvin Tomlinson’s conquest as the team’s top defensive player didn’t slow down as the 28-year-old clogged running lanes and generated some pocket pressure on Sunday.

As a team on defense, Minnesota is still iffy. Teams are able to march downfield at will, but the unit solidifies in the 4th Quarter:

Vikings Defense by Quarter,
per EPA/Play NFL Ranking,
thru Week 5:

The Vikings visit the Miami Dolphins in Week 6, a team shrouded with total mystery at quarterback after recent injuries.