The Vikings Have One Large Problem 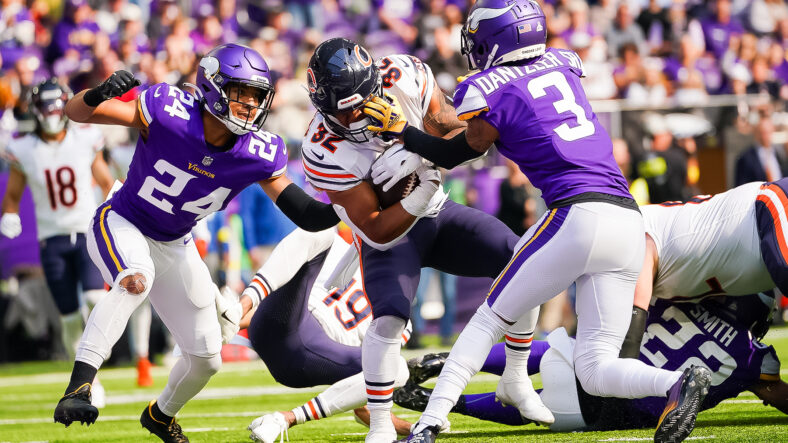 The Minnesota Vikings are 4-1 through five weeks, sitting atop the NFC North. But the team has one large and identifiable problem.

Even with a luxurious 4-1 record, the Vikings are going to bed in the 3rd Quarter. Thankfully for their sake, they respond with a vengeance in the 4th Quarter, yet 3rd Quarters are a documentable dilemma.

Opponents have outscored the Vikings 33-6 in the 3rd Quarter of games, a differential totally unbecoming of a suddenly Super Bowl-contending team. That’s right — opponents have piled on 33 points in Quarter 3 against the Vikings, whereas Kevin O’Connell and the gang have only tossed six points on the board. It’s not sustainable for a winning season and will soon cause comeuppance.

The Vikings are “getting away with it” for now, knocking off wayward teams like the Detroit Lions, New Orleans Saints, and Chicago Bears despite the 3rd Quarter blues. But that prosperity streak won’t last unless O’Connell regulates 3rd Quarter performance.

Here are some of the numbers for context.

And the NFL ranking comparison from the 3rd to 4th Quarter:

Vikings Points Differential,
2nd Half of Games,
thru Week 5:

Put simply, the Vikings are wholly ineffective right after halftime, lasting about 15 minutes until the big-boy pants return for the 4th Quarter. All things considered, Vikings fans are mostly of the mindset “we’ll take it,” as the statistics indicate the team roars back for the final period. However, a good football team can do both and improve on the fly.

O’Connell can continue to ride 4th Quarter heroism if the 3rd Quarter futility exists, but the Vikings aren’t students of thaumatology. The only saving grace through five games is that the last two seasons, 2020 and 2021, were nearly inverse. Minnesota would tread water in the 3rd Quater and collapse defensively in the 4th Quarter. It’s why they didn’t reach the postseason in either season.

The 2022 season is only 29% complete. There’s time for repair. And narrowly focusing on 3rd Quarter performance is a sensible spot to target.