The Packers Have a Ruthless Script 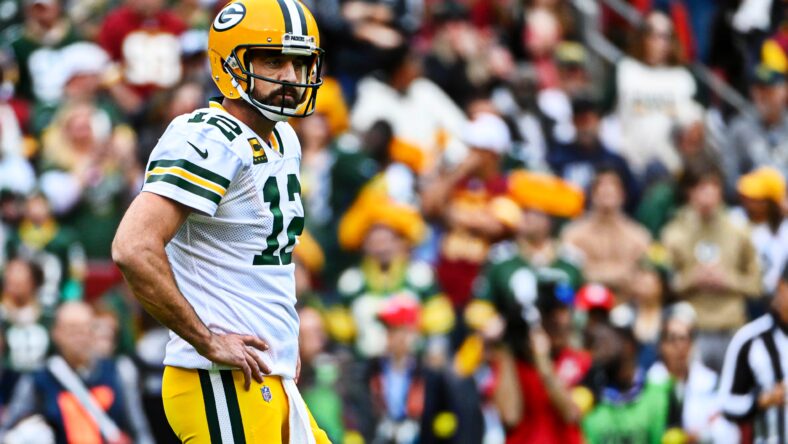 The Green Bay Packers stunningly possess a 3-4 record through Week 7, and the docket gets no easier.

During a given NFL week’s schedule, a certain football team has 62 opponent possibilities and destinations — 31 opponent scenarios at home and 31 on the road.

Well, the Packers drew the straw that reads at Buffalo Bills.

And that’s the same Buffalo Bills who are the Vegas frontrunners (+250 ) to win Super Bowl LVII. That’s right, the Packers are swallowing their first three-game losing streak since 2018 with the NFL’s Super Bowl favorites on the agenda — in Buffalo. It’s the stuff of nightmares.

Of course, no sane soul will rule out Aaron Rodgers-lead theatrics to get off the schneid, but there is no truly no trickier assignment than to see “at Buffalo” on the itinerary. Other teams could reasonably win the Super Bowl, too, like the Philadelphia Eagles, but that squad is in the NFL, so Green Bay knows it a little better. The Kansas City Chiefs wouldn’t be fun either, but those Chiefs just lost to these Bills two weeks ago, establishing Buffalo as the sure-fire pace-setter in the AFC.

Moreover, the scheduling doldrums for Green Bay don’t end at Buffalo. While it’s assuredly possible for the Packers to rattle off a handle for victories to reach .500, their list of opponents after the Bills is no cakewalk. In fact, according to Power Ranking Gurus, Green Bay has the league’s seventh most-difficult schedule in the remaining 11 weeks.

All teams in red have winning records through seven weeks, and one of the non-red teams is the reigning Super Bowl Champions.

If you prefer to toss the Power Ranking Guru‘s opinion of the strength of schedule out the window, well, based on opponents’ wins and losses, Green Bay has the fourth-toughest schedule remaining. Its opponents have a collective 37-26 (.587) record through October 28th.

Too, the Packers have the NFL’s 21st-best offense per EPA/Play, one spot below the Bears. Should Green Bay right the ship, they’ll fundamentally have to fix an offense that looks lost with Davante Adams.

While it’s fashionable to predict a Packers roar-back to relevance — they probably will record a series of wins at some point — their schedule isn’t normal. The thing is stacked with winning teams.

And it gets no more ominous than squaring off versus the Bills, a team led by the MVP frontrunner Josh Allen.

The Bills have won five consecutive games at Highmark Stadium.