Eagles Get Richer Thanks to Bears 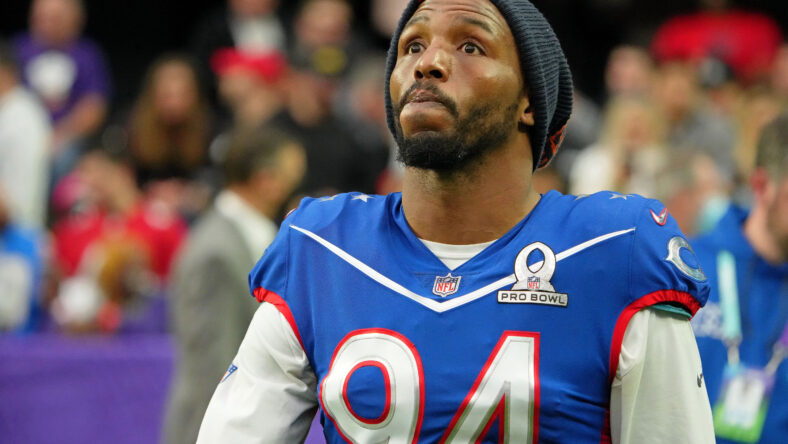 The Philadelphia Eagles are cruising in the NFC, undefeated through seven weeks and ahead of the Minnesota Vikings by a game in the playoff picture.

And on Wednesday, the Eagles became richer thanks to Chicago Bears. Philadelphia pulled off a trade for pass rusher Robert Quinn in exchange for a 4th-Round pick in next April’s draft.

Before the trade, the Eagles ranked fourth in the NFL via EPA/Play and DVOA. They’re only outdone in the NFC by the Dallas Cowboys. The Buffalo Bills and Denver Broncos top Philadelphia in both metrics in the AFC. Nick Sirainni’s club also ranks eighth in sacks per game on defense.

The “good” part for the Vikings is Quinn’s disappearance from the NFC North. Minnesota is no longer required to see Quinn twice annually and must instead encounter the 32-year-old in the postseason if plays Philadelphia.

The 4th-Rounder for Quinn was a relatively low pricetag because of age. He’s been in the league for 12 years, spending time with the Los Angeles Rams, Miami Dolphins, Dallas Cowboys, Bears, and now Eagles. He could thrive for a few more seasons after 2022 or encounter an age-related decline at any moment.

Quinn figures to oust Brandon Graham from a starting job, although the timetable for his starting gig is unclear. On the other side of the line, the Eagles employ Josh Sweat, who became an Eagle courtesy of the Sam Bradford trade with the Vikings six years ago.

A 5th-Rounder from the 2020 NFL Draft, Trevis Gipson, is the likely new starter for the Bears in place of Quinn. Chicago’s defense ranks 15th in the NFL per EPA/Play through seven weeks, one spot ahead of the Vikings at No. 16.

At the end of August, the Vikings sent a conditional 4th-Round pick (2024) to the Eagles for WR Jalen Reagor. While it’s not the same pick, the draft capital for the trades is nearly equivalent.

The Eagles beat the Vikings 24-7 in Week 2 on Monday Night Football.