The Other Underrated Vikings Player 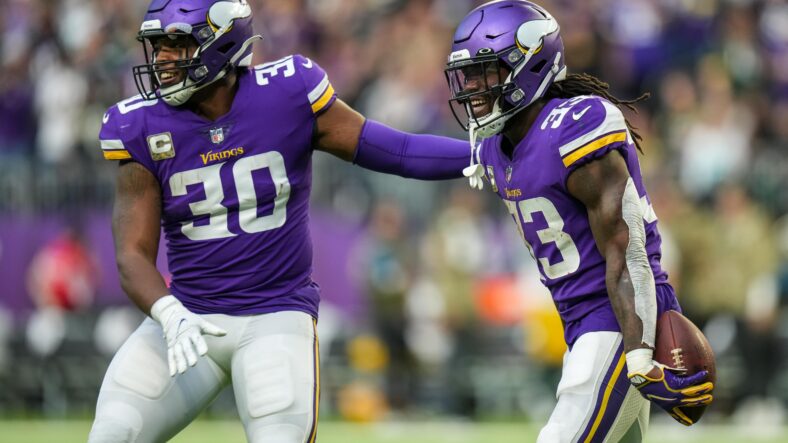 Most fanbases think that their players are the most underrated in the NFL, and the Vikings are no exception. However, fans of the purple team might actually have a case. The team doesn’t play in the NFC East to have a primetime game every other week, and Minneapolis isn´t as polarizing as New York. The franchise isn’t listed as a top Super Bowl contender every week.

All of this combined is why Vikings players regularly get snubbed from the big accolades, like the Pro Bowl and the All-Pro teams. They are just not in the spotlight like the Cowboys or the Jets. Just last season, Kene Nwangwu was one of eight players to return a kick to the house. Of course, he was the only one to score twice on returns. He still missed out on a trip to the Pro Bowl and was snubbed from the All-Pro team. In the last decade, only three times in a single season did someone score two kick return touchdowns — Jacoby Jones in 2012 and Cordarrelle Patterson twice in 2013 and 2015. But the most underrated player from a bunch of underrated Vikings is a different player.

He is the fullback for the purple team. Most teams nowadays don’t even employ a player at his position. Born and raised in Minnesota, he attended Augustana University in South Dakota and played his college ball for the Augustana Vikings. He was a member of the track and field team as well. His underrated status is apparent when looking at his accolades. He is a one-time Pro-Bowler and never was part of an All-Pro team.

Ham is one of the most respected players on the team and was even a team captain of the Vikings in 2021. He is not just a respected leader but also a genuine triple threat on the field.

The number one job of any fullback is blocking. That’s how they make the team, and Ham is a phenomenal blocker. The videos of unbelievable blocks are countless.

Watt is among the best defensive players in the league and even tied Michael Strahan’s single-season sack record of 22.5. Against Ham, however, Watt didn’t get anything done, which allowed Cousins to find Justin Jefferson for a touchdown.

In this clip, he opens a hole for Dalvin Cook to score a touchdown. He does that by moving the six-time All-Pro Bobby Wagner out of his way. It’s not his only key block against Wagner.

Once again, Ham blocks Wagner. This time, he even gets him to the ground and allows Mattison to have a nice run.

This time, Ham runs straight at the Giants’ defensive back and puts him on the ground with a violent hit.

Ham’s blocking is the engine that keeps this offense going and makes him irreplaceable.

Ham’s receiving grade by PFF was 81.4 in 2021. Between him and the second-best fullback was a considerable gap, as Kyle Juszczyk had just 63.6. Ham recorded 60 catches and 524 receiving yards and two touchdowns so far in his career. One catch from the 2021 season is probably the greatest catch of a fullback in recent history.

Ham with a crucial catch on a critical drive. Sadly, the game was lost, but this catch will forever stay in his highlight tape. He had two incredible receptions over the years against the Seahawks. They seem to be his favorite opponent.

He dominates that rep with the strength of a fullback and the elusiveness of a slot receiver — a remarkable play.

This time, Ham showed his speed from his days as a running back. He is an important piece in the passing game, not just as a blocker but also as a target who can cause some damage for defenses after the catch.

A fullback was the primary rusher of a team in the past. The great Jim Brown was a fullback. In today’s NFL, fullbacks only get carries in short-yardage situations. If teams need one yard, they lean on their FB. Ham, however, can be used as a true running back because of the explosiveness he showed after catching the football. The Vikings shouldn’t give him 20 carries a game, but it might be wise to provide him with one or two. Against the Panthers last season, he had a highlight play running the football.

Not only did he get the yard to pick up a first down, but he also showed the world that a fullback can run the ball.

Other Contenders For Most Underrated Viking

Ham is the clear winner in that category. However, other Vikings are underrated, too. Brian O’Neill comes to mind. People, especially in the national coverage of the NFL, forget about him when they talk about the elite right tackles in the game.

Dalvin Tomlinson is another one that comes to mind. He is extremely important against the opponent’s rushing attack.

Harrison Smith is underrated, and it’s nothing new. He was the best player on every defense in Mike Zimmer’s tenure and is still only a one-time first-team All-Pro. His annual absence from that team will be the biggest reason if he doesn’t get a bust in the Hall of Fame in Canton, Ohio.