The Vikings Most Underrated Player 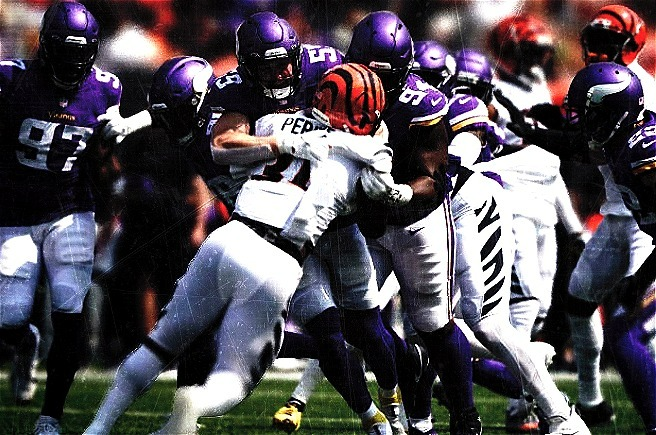 The Minnesota Vikings have 90 players on the roster in mid-June, and a reasonable case can be made for about half of them as “underrated.”

But based on 2021 performance and role on the team, especially heading into the 2022 campaign, nose tackle Dalvin Tomlinson is Minnesota’s most underrated player.

Tomlinson has played for the Vikings for a year and is scheduled to stay with the team through the end of 2022. He arrived from the New York Giants in 2021, one of the few free agents during that cycle to sign a two-year deal, not a one-hitter-quitter. And the investment by then-GM Rick Spielman paid off.

The Vikings onboarded Tomlinson with the grand plan of using his talents as a big-bodied three-technique defensive tackle. Mike Zimmer and friends did just that, but in 2022, Tomlinson transitions back to his “roots” from the Giants days, manning a nose tackle gig with the new-look Vikings. The strategy checks out because, well, Tomlinson is built like a nose tackle and performs aptly as such.

In 2021, Tomlinson was quietly the Vikings fifth-best player, according to Pro Football Focus. He fired up a 74.9 grade, which ranked 16th among 109 interior defensive linemen. And in each season of his career, Tomlinson has never dipped below a 74.0 score from PFF. It’s quite remarkable and not often touted by the masses.

So, why the underrated adjective? Well, Tomlinson isn’t brash, nor is he a self-promoter. He’s a jolly stuffer of running backs, a Tim Duncan-type that does his job and generally seems happy to be alive. Ergo, for casual Vikings fans, Tomlinson is just a big guy in the middle of the defense who flies under the radar.

But according to the numbers, Tomlinson is among the NFL’s best, even thriving at the three-technique spot when his stature is more compatible with nose tackle assignments.

Of course, Tomlinson isn’t underpaid, so don’t get the terms underrated and underpaid twisted. He earns $10.5 million per season, the 12th-most among defensive tackles leaguewide. Tomlinson routinely builds a fortalice upfront in the Vikings defense and is compensated handsomely for it.

Tomlinson is as steady as they come, particularly for an unsung lineman in the middle of a defense. It’s no wonder his return to the 2022 roster amid a months-long shift to new organizational leadership was a no-brainer. Tomlinson delivers.

Other underrated Vikings? Cameron Dantzler, who ranked in NFL.com‘s Top 10 cornerbacks heading into 2022 but is curiously locked in a battle this summer with rookie Andrew Booth to determine a starter. And before receiving Pro Bowl credit for the first time in 2021, Brian O’Neill was a shoo-in for this title.

Tomlinson is 28 years old and will be a free agent next March.