The Mystery Thickens on JC Tretter and the Vikings 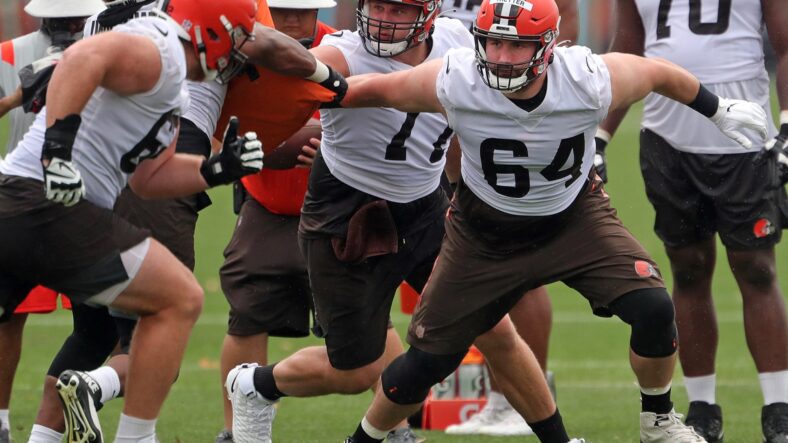 But Tretter retired this week. And on his way out, he told SI.com he wanted to play for the Vikings, but “Minnesota never returned our call.”

Tretter evidently grew up as a Vikings fan and envisioned finishing his impressive career in purple on a poetic note. Yet, there shall be no Tretter-Vikings relationship, as the 31-year-old called it quits.

Of course, on Friday, this was seized by some because why on earth would the Vikings not return the call from one of the best pass-blocking centers in the NFL? With his tremendous pass-protecting center skillset, Tretter reached out to a team with some of the worst pass protection in the business. Weird, right?

Well, the Vikings brass was asked about the topic, and it claimed the head coach or general manager received no such communication.

If this development were in a television program, the detective would tilt his head and say, “Someone isn’t telling the truth.” Perhaps proverbial wires crossed, or somebody contacted the Vikings old leadership. Regardless, something doesn’t add up.

Pass blocking is Tretter’s modus operandi. He never encountered a PFF pass-blocking grade south of 80.0 from 2015 to 2021. For Vikings fans, that sounded like a monumental upgrade from Bradbury, who is tentatively scheduled to start again in 2022.

Injuries were also a rumored concern for Tretter, who allegedly didn’t practice much during the regular season but showed up — performing marvelously — on gamedays.

So, unless the Vikings realize they could realistically still call Tretter back to broker a relationship, folks will look back on the matter as a tale of miscommunication.