The 2022 Vikings, According to All National Power Rankings: Week 6 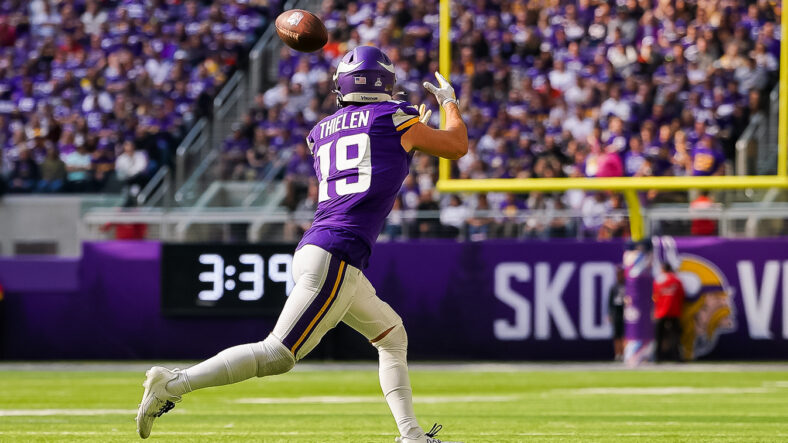 The Vikings defeated the Chicago Bears last weekend in another kooky affair, 29-22. Justin Jefferson authored a dominant game with 12 catches for 154 yards, Kirk Cousins fired up his third straight game-winning drive, and Cameron Dantzler ripped a ball away from former Vikings WR Ihmir Smith-Marsette to seal the deal.

Per EPA/Play, the Vikings own the NFL’s 9th-best offense and 21st-best defense after Week 5. Minnesota’s Week 6 opponent, the Miami Dolphins, dropped to 3-2 after an unexpected loss at the New York Jets. Miami played rookie quarterback Skylar Thompson, as QB2 Teddy Bridgewater was injured, and Tua Tagovailoa remains in the NFL’s concussion protocol.

These are the Vikings weekly power rankings heading into Week 6.

The national average of these totals is 7.7. The world believes the Vikings are about the NFL’s 7th- or 8th-best team. Last week, Minnesota was around the 9th.

ESPN’s Kevin Seifert aptly summarized the current state of the Vikings, “The Vikings already have an excellent chance to make the playoffs thanks to their hot start. But they’ve needed to overcome a late fourth-quarter deficit in each of their past three games, and that pattern probably isn’t sustainable over time.”

The Vikings are three-point favorites to beat the Dolphins at Hard Rock Stadium in Week 6.