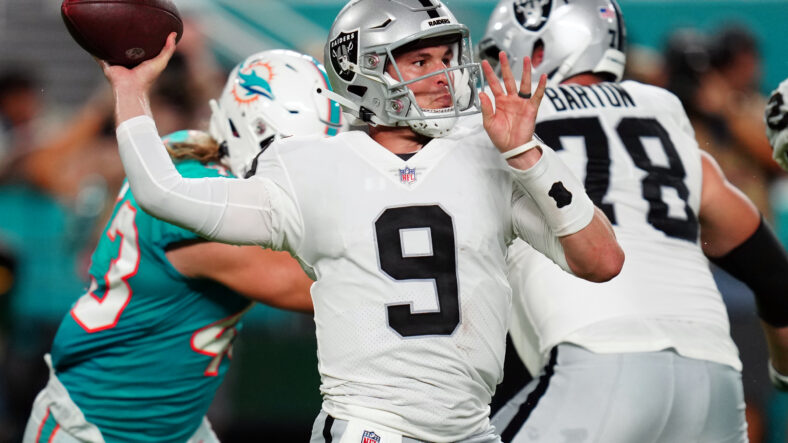 The Vikings lost their first two preseason game against the Las Vegas Raiders and the San Francisco 49ers. In their third game, the Vikings will face the Denver Broncos on Saturday, just 15 days before the regular season opener when the Packers come to town.

The Vikings’ front office and coaching staff certainly learned a lot about their players in the first two exhibitions. The remaining questions have to answer in the third one, as the Vikings have to trim their roster from 80 players down to 53. The biggest storylines of the Vikings’ final preseason game are, in no particular order:

When the Vikings selected Jalen Nailor in the sixth round, the fans saw some highlights and were immediately hooked. However, the rookie hasn’t shown his explosiveness so far. In the two preseason games, he just caught four passes for 33 yards. Currently, it wouldn’t be surprising if the Vikings opt to keep Trishton Jackson and Olabisi Johnson over him on the 53-man roster.

An explosive showing in the preseason can change that. Hopefully, the former Michigan State Spartan will use his speed to blow past some defenders. In addition, the quarterbacks must find him and be confident enough to trust him with the play. None of the other depth receivers can be a deep threat as dangerous as Nailor.

Vederian Lowe played a phenomenal game against the Raiders and a good game against the 49ers. Oli Udoh, meanwhile, struggled in both. Yet, Udoh still got all reps with the second-team offensive line while Lowe had to wait for his opportunity.

The big question is if the coaching staff changes the lineup to see how Lowe does against better competition. The Vikings can keep two offensive tackles as backups of Brian O’Neill and Christian Darrisaw. Blake Brandel outplayed Udoh, so the two remaining options are Udoh and Lowe. Only one can be on the team, the fourth-year veteran or the rookie.

Tight end Zach Davidson dropped three passes against the 49ers, including one that would’ve turned into a significant gain after a Mannion pass. However, before his recent struggles, he was one of the camp standouts. His 6’7″ frame and athleticism are too rare to give up on him.

Irv Smith is TE1, and Johnny Mundt his primary backup. The Vikings can choose between blocking specialist Ben Ellefson, rookie Nick Muse, and Davidson. Muse had a great game against the 49ers and led the Vikings in receiving yards. The blocking ability of Ellefson is also helpful for the offense. But neither of the other two options has the potential of Davidson, so he’ll get another opportunity but has to capitalize on his next chance.

The Vikings picked up McGill last November and stashed him on the practice squad. He appeared in two games for the Vikings and played on 33 defensive snaps.

But now, on his ninth team in his NFL career, he’s suddenly flashing excellence in the preseason. McGill already recorded 3.5 sacks and countless pressures.

Before he found his way to the Vikings, he was part of the Seahawks, Colts, Browns, Chiefs, Chargers, Eagles, Commanders, and Saints. Another strong showing, and there’s absolutely no way the Vikings can cut the veteran defensive tackle. McGill could provide a valuable interior pass rush and be a key backup and rotational player across the defensive line.

It will be interesting to see who plays at quarterback for the Vikings. Since the purple team traded for Nick Mullens, he is expected to win the backup QB job. However, it’s unclear if he’s ready to play some snaps after just a few days with the playbook. Starter Kirk Cousins is unlikely to play, and the other two passers on the roster haven’t looked great.

While Mond played well in the first game, the second one was a disaster. Mannion actually had a good outing against the 49ers, but his first one wasn’t great. Overall, none of the two should be a backup QB in the NFL. Mond is fighting for his roster spot. If he can’t show any progression, his time in Minnesota could be over next Tuesday when it’s time for roster cuts.