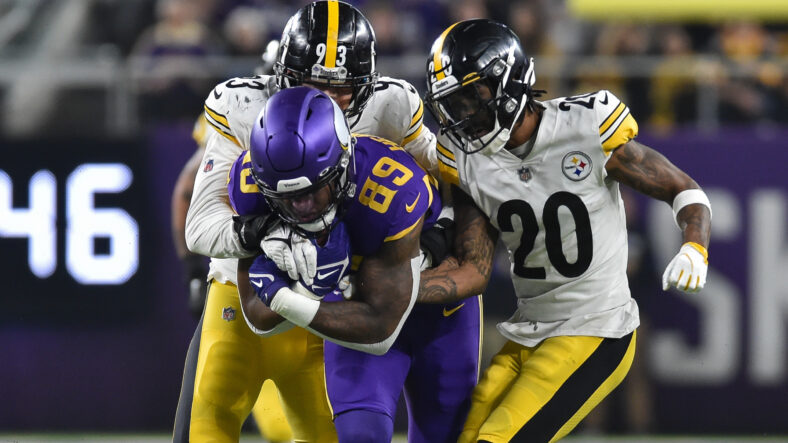 About three weeks — that’s how long the TE Chris Herndon era lasted for the New Orleans Saints, as the ex-Minnesota Vikings tight end was released on Tuesday.

NFL teams had to trim rosters to 80 players by August 23rd. Herndon was a Saints roster casualty.

Herndon signed with the Saints at the beginning of August to compete for a TE-2 or TE-3 job with Nick Vannett, Juwan Johnson, J.P. Holtz, and Lucas Krull. Adam Trautman and Taysom Hill are listed as the team’s TE1 and TE2, respectively.

But Herndon, 26, couldn’t move the needle enough to see the final preseason game of 2022. He was drafted in the 4th Round of the 2018 NFL Draft by the New York Jets, a place in the draft where tight ends are usually found to eventually blossom. Herndon produced a praiseworthy rookie season, tallying 502 receiving yards and four touchdowns on 56 targets in 2018. Since then, however, Herndon has battled injuries (2019) and irrelevance, especially the latter with the Vikings.

Herndon played in 16 games in Minnesota last year but was only allotted seven targets in the team’s passing game. He ended up with 40 receiving yards and a touchdown.

The Miami alumnus was notoriously added to the Vikings roster via trade about one year ago. TE1 Irv Smith succumbed to injury at the end of the preseason, creating a sense of panic for then-general manager Rick Spielman. In response, Spielman sent a 4th-Round draft pick to the Jets for Herndon and a 6th-Rounder. Vikings fans, in near unison, immediately panned the trade and were later vindicated for the criticism. Minnesota used the 6th-Rounder to draft Vederian Lowe (OT) in April.

All told, the Jets stole a 4th Rounder (which they used to draft DT Micheal Clemons) from the Vikings for Herndon — and then turned around to nab the real TE1 for the Vikings in 2021, Tyler Conklin, in free agency five months ago. It was true grift from all angles.

Herndon can still latch on to a team’s roster this season, though. His age is favorable to attempt another career reclamation. But it probably won’t be with the Vikings or Saints.

Speaking of which — Minnesota and New Orleans square off in London 39 days from now.