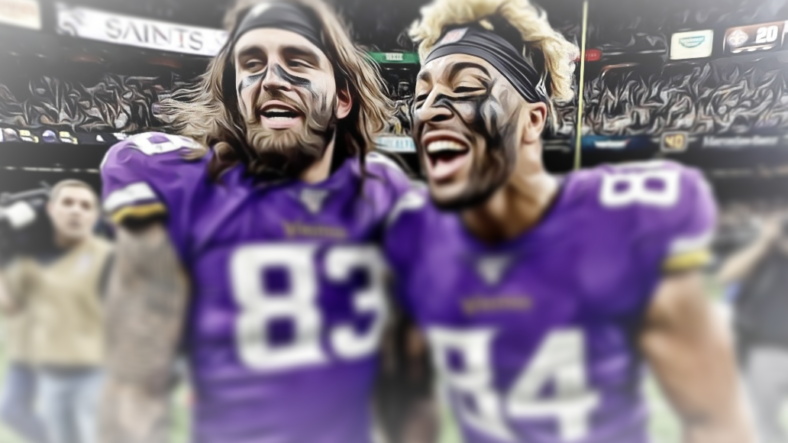 Tyler Conklin was whisked into TE1 duty in 2021 after assumed breakout pass-catcher Irv Smith Jr. was lost for the year during the preseason. And because Conklin performed at a commendable level, he’s now $21 million richer — courtesy of the New York Jets.

Not many foresaw a return of Conklin to the Minnesota Vikings — they’re cash-strapped in free agency — so the move to Broadway isn’t surprising. Had Conklin returned to Minnesota for 2022, his role would’ve been slated for TE2, whereas in New York, Conklin has a chance to be the bonafide TE1. Although, tight end CJ Uzomah, who also signed with the Jets this week, will have some to say about it.

Conklin, 26, was unexpectedly terrific for the Vikings in 2021, snatching 61 receptions for 593 yards and three touchdowns. He ranked 15th in the NFL among tight ends for receiving yards in the ballpark with players like T.J. Hockenson, Dawson Knox, and Tyler Higbee.

This was Conklin’s one big shot at cashing in via free agency. Of course, if he thrives in New York with Zach Wilson and Co., he can sign another substantial deal in three years. However, often players like Conklin spring up for a season, play admirably, and that’s mostly it. It is unclear if Conklin will be one of those examples or a tried-and-true producer for years to come.

Replacing Conklin on the same day of his exodus, the Vikings signed Johnny Mundt, a tight end from the Los Angeles Rams, who has ties to new head coach Kevin O’Connell. Mundt is a “blocking tight end,” so the verdict is out on his wherewithal to be the TE2 “Conklin replacement.”

Conklin’s departure re-raised the stakes and prognosis for TE1 Irv Smith Jr. Every year since 2019, onlookers of the Vikings theorize “this is the year” the Alabama alumnus rises to stardom. Last year he was injured, disqualifying his proverbial breakout. And in 2019-2020, Smith Jr. lacked the targets to bust out like Travis Kelce or Darren Waller inside Mike Zimmer’s offense.

The path is cleared with Conklin out of the way for Smith Jr. to fulfill his oft-advertised destiny as a superstar. His ability to do so should be heightened by O’Connell in the saddle, an offense-first brain.

In joining the Jets, Conklin joins a franchise that hasn’t won more than seven games in a season since 2015.