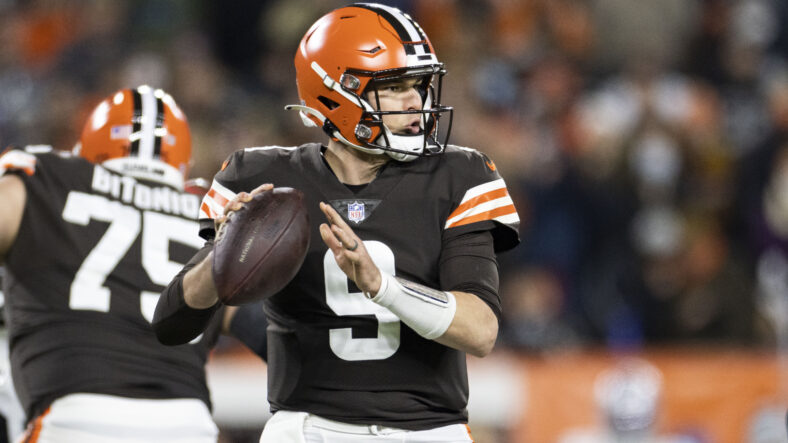 Apparently unsatisfied with the existing QB2 situation, the Minnesota Vikings executed a trade on Monday for veteran QB Nick Mullens from the Las Vegas Raiders.

The move happened after an underwhelming weekend for the Vikings at quarterback. Head coach Kevin O’Connell has opted to rest QB1 Kirk Cousins during the first two preseason games, along with many other starters. That paved the way for a comprehensive examination of second-year passer Kellen Mond and veteran Sean Mannion.

Onlookers of the Vikings will welcome the transaction as contentment with the Mond-Mannion experiment soured after the 49ers exhibition. While Mond still has time to develop as an NFL quarterback, he doesn’t seem ready to lead an offense in the event Cousins misses games. With Mullens, the Vikings can tread water.

Mullen’s addition to the depth chart also signals the end for Mannion, who’s in his eighth season. The Vikings are more likely to stash a 23-year-old Mond on the practice squad than a 30-year-old Mannion — and rightfully so.

To date, this is Mullens’ resume via team:

Mullens was cut by the Eagles last summer before landing with the Browns.

Plucked as an undrafted free agent after the 2017 NFL Draft by the 49ers, Adofo-Mensah was a part of San Francisco’s front office during the first part of Mullen’s stay out west. So, the proverbial “GM and player ties” are on display in the trade. Mullens also played in Cleveland last year, which is where — you guessed it — Adofo-Mensah was employed.

A QB2 on the surface isn’t “that big of a deal,” but the Vikings were forced to rely on Sam Bradford (2016) and Case Keenum (2017) in the last six years, both of whom were QB2 contingency plans.