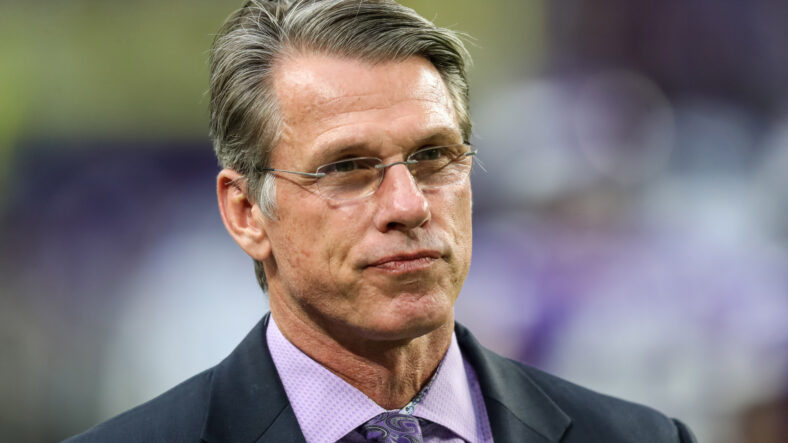 For the first time in almost two decades, former Vikings general manager Rick Spielman is without a job during the offseason.

This time, he’s doing something that wasn’t possible the last time — he’s active on social media. He’s telling people exclusively about his observations of the NFL landscape. Some videos are scouting reports of young players; some are about teams he likes or dislikes.

Now, he took the time to talk about cutting players. It’s certainly a hard part of the job of any general manager — letting players go and telling them that their dream burst is not easy.

Spielman revealed the player he cut and regrets the most.

The player that I regret cutting the most was Daniel Carlson, who we drafted in 2018 in the fifth round.

The Vikings came fresh from a trip to the NFC Championship Game and therefore went all in during the 2018 offseason. The resources were directed at signing their new franchise QB Kirk Cousins and defensive tackle Sheldon Richardson. The top two draft picks were Mike Hughes and Brian O’Neill. Obviously, the Vikings roster was loaded. At least it was perceived that way. The front office tried to upgrade every possible spot. They didn’t know that the whole team regressed, and nearly none of the players would be able to repeat their level of play from 2017.

One of the upgrades was Daniel Carlson at kicker. Kai Forbath made a big kick in the game against the Saints that made the ‘Minneapolis Miracle’ possible. He scored a 53-yard field goal with 89 seconds to go, putting the Vikings up two points. Without that kick, the Saints just run out the clock. However, Forbath missed five extra points, and two kicks up to 39 yards during the season.

The Vikings selected Carlson in the fifth round. Coming out of Auburn, Carlson was the first kicker selected in the draft. He was supposed to be the Vikings placekicker for a decade and maybe even longer, as kickers drafted that high are usually really good.

Carlson beat out Forbath in training camp. However, he missed two field goals in the preseason game against the Seahawks. That game already raised some concerns.

Spielman said about his former kicker, “He was our opening day kicker against the San Francisco 49ers and did well. The following week, we went to Green Bay and played the Packers. He missed a field goal in regulation, and he missed two field goals in overtime. The next day, when we came back, we did cut him and then signed Dan Bailey. He went on to sign with the Las Vegas Raiders.”

In the opening game against the 49ers, the kicker hit a 48-yard field goal and all three extra points. In the following week, the most forgettable game of Carlson’s life arrived. The Vikings faced the Green Bay Packers in Lambeau Field. Carlson missed a 48-yarder in the second quarter. The game went into overtime after Kirk Cousins had a wonderful game-tying drive, including a beautiful touchdown pass to Adam Thielen in double coverage and a two-point conversion.

Most Vikings fans still have nightmares about that overtime. Carlson missed a 49-yarder to put the Vikings up three points and later missed the game-winning kick as time expired from just 35-yards out.

The next day, the Vikings decided to cut their rookie kicker after just two games and signed Dan Bailey instead.

At the time, most Vikings fans wanted to fire Carlson into the sun. Therefore, it’s too harsh to criticize Spielman or Zimmer for the move. The Vikings went into the season with the expectations of winning the Super Bowl, so it’s only logical that any weakness is eliminated as soon as possible.

Carlson is enjoying a wonderful career with the Las Vegas Raiders, who picked him up as a free agent. He hit 108 of 121 field goals for them in the regular season and all four in the postseason. Carlson also led the league in points scored in consecutive seasons and was a 2021 second-team All-Pro. He’s one of the elite kickers in the game.

So, he had a great career since we’ve cut him and he will continue to have a great career and may go down as one of the best kickers in NFL history. That I do regret.