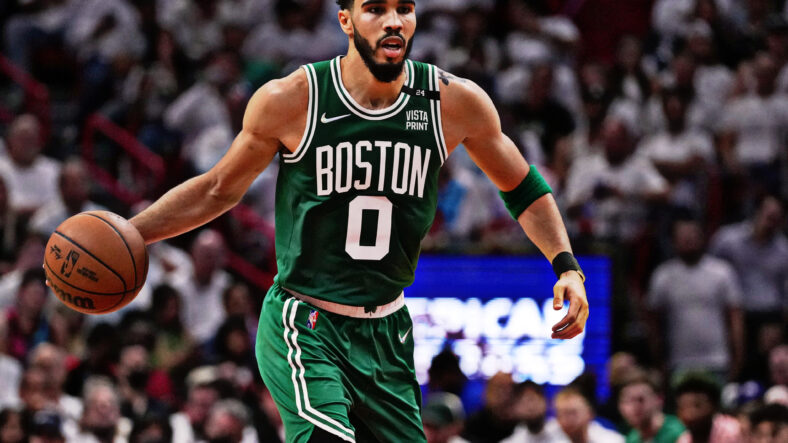 Minnesota Vikings general manager Kwesi Adofo-Mensah had a solid greenlight to rebuild the franchise this offseason after Rick Spielman and Mike Zimmer were terminated. Instead, he hired a head coach, Kevin O’Connell, to lead a roster largely similar to the 2021 edition that finished the season 8-9.

Since Adofo-Mensah took over, he’s also talked ad nauseam about “living in the present and future” as his philosophy on team-building, so a rebuild — which some fans feverishly craved — was never on the docket.

Adofo-Mensah spoke to Mike Florio on Wednesday from Pro Football Talk and explained his rationale for constructing a competitive roster in 2022. Put bluntly, he doesn’t believe in the efficacy of rebuilds. Adofo-Mensah told Florio, “Everybody is so quick to say that it’s just ‘tear it down,’ right? It’s like the easiest thing to say in sports. But there’s so many costs and things that go into that.”

And while detailing why the Vikings will stay competitive on his watch, Adofo-Mensah likened the current Vikings to the 2022 Boston Celtics, a team one game away from the NBA Finals as of May 26th. Four months ago, the Celtics two best players, Jayson Tatum and Jaylen Brown, were immersed in the trade rumor mill, as some onlookers believed the time was ripe to move on.

Adofo-Mensah acknowledged the 2022 Celtics by saying, “Four months ago, everybody wanted the Celtics to trade their two best players, right? How many years did it take to build up the draft capital?”

Had the Celtics traded Tatum and Brown, it is unlikely that the franchise would be on the doorstep of its 27th NBA Finals appearance.

Adofo-Mensah continued, discussing Boston’s wherewithal to study Tatum and Brown instead of trading the players, “Are [the Celtics] close enough? Are there ways to improve small things to make them good enough? And that’s ultimately what they did. So ultimately, that’s how we looked at our [the Vikings] roster.”

Evidence of the Vikings emulating the strategy was apparent in free agency and the 2022 NFL Draft. Minnesota signed impact players like Za’Darius Smith, Harrison Phillips, and Jordan Hicks, signaling a visible desire to win now rather than instituting a sentimental rebuild. Then in the draft, Minnesota reconditioned its secondary, adding Lewis Cine (S), Andrew Booth (CB), Akayleb Evans (CB), and even linebacker Brian Asamoah, who has safety-like attributes.

And no move this offseason was more telling about the Vikings “staying the course” than the re-signing of quarterback Kirk Cousins. With a no-trade clause to boot, Adofo-Mensah kept Cousins around Minneapolis through the end of the 2023 season with an extension.

Based on his commentary to Florio, the method to his purple madness involved “improving small things,” probably a nod to the Vikings horrid 2021 situational defense. Minnesota routinely allowed opponents to score at will during the final four minutes of halves, sinking any chance to reach the playoffs time and time again.

By citing the Celtics example, the context implies Adofo-Mensah has sights set on a championship this year — because that’s where Boston could be headed in a few days.

When the Vikings ownership hired the young executive, there was never going to be a Lions-like or Jets-like rebuild.