These Are the Vikings Draft Picks — All of Them. 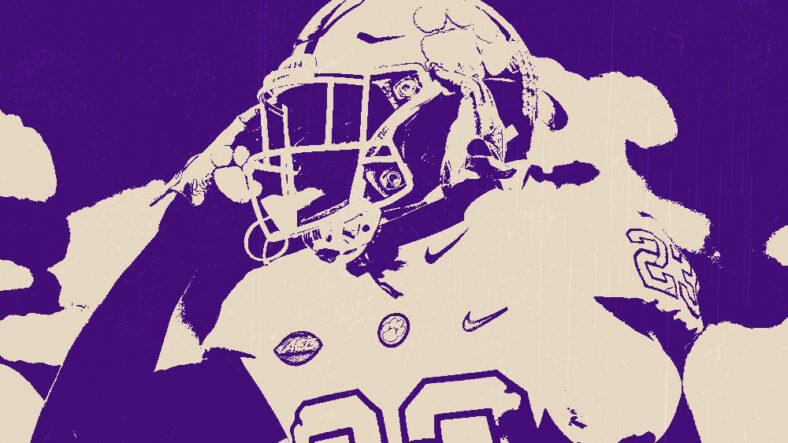 The Minnesota Vikings added 10 new players to the 90-man roster this weekend in the 2022 NFL Draft, an event stuffed full of surprises — mainly two trades with divisional foes.

New general manager Kwesi Adofo-Mensah predominantly emphasized the defensive side of the ball, which was needed as the previous leadership regime of Rick Spielman and Mike Zimmer somehow left that side of the ball in rough shape.

These are the 10 new Vikings added via the draft.

Cine is a mean merchant of thunder whose only weakness is ultraviolence. He should start immediately opposite Harrison Smith in the Vikings secondary — unless Camryn Bynum is truly a starter. Minnesota did absolutely nothing at safety during free agency, so this was evidently the plan all along.

Booth should’ve been drafted in Round 1 per talent, but he slipped all the way to the Vikings in Round 2, courtesy of two trades with the Green Bay Packers and Indianapolis Colts. He’s also ready to start, but Patrick Peterson and Cameron Dantzler may not allow it right away. Regardless, for now, the Vikings CB future is a combo platter of Dantzler and Booth. Not bad.

Carrying controversial baggage to the team with old sexual assault allegations (but new to Vikings fans), Adofo-Mensah rolled the dice on a suspect-character guy. All charges were dropped against Ingram a few years ago, but this draft pick dismayed many Vikings enthusiasts. The Vikings insist they did diligence, and therefore, Ingram should start sooner than later at right guard or center. That’s what 2nd-Round offensive linemen do — start in the NFL. It’s up to you to decide if his baggage is worth your fandom.

A frenetically freakish and fast linebacker joined the Vikings on Friday. Asamoah won’t start in September unless something happens to Eric Kendricks or Jordan Hicks, but this off-ball linebacker is instantly more upside-laden than Ryan Connelly or Troy Dye. He’s an athlete through and through and also hails from the same country as Adofo-Mensah — Ghana.

The Vikings needed cornerbacks for long-term future planning, and they drafted the aforementioned Booth and this man for the job. Evans is tall and lean, considered a disruptor in the secondary. However, he’s not a tackling savant and will need time to develop. But that’s what Vikings pundits said about Dantzler in May of 2020, too.

A hometowner, Otomewo is the first Gopher drafted by the Vikings since 2010. He was a part of the Nigerian Nightmares with the Gophers, outfitting Minnesota’s defensive line with Boye Mafe, who was drafted by the Seattle Seahawks on Friday. Otomewo is huge (6’5″) but lacks the burst possessed by 1st or 2nd-Round prospects. Like almost all late-rounders, he’s a project.

This is the plan for life after Alexander Mattison, who will be in the final year of his contract this season. Interestingly, Chandler is an intriguing receiving option — not just a running back. ESPN’s Jordan Reid called Chandler the 13th-best RB in this draft class, so Chandler will not steal Dalvin Cook’s job or anything silly. But he’s intriguing for a depth chart already showcasing Cook, Mattison, Kene Ngwangu, and A.J. Rose.

Remember Rashod Hill? Meet the new one. Lowe isn’t technically sound, per draft pundits, but he’s flat-out large (6’5″, 314 pounds). In no way, shape, or form will he start for the 2022 Vikings, but Kevin O’Connell needs depth tackles. Lowe is that.

Another lottery ticket, Nailor will fight for a WR5 job or end up on the practice squad. He’s 5’11”, smooth, and was a big-play threat at Michigan State. Nailor isn’t overly physical and fell to the 6th Round accordingly.

A total flyer for a team that needs a TE2, Muse will battle it out with Johhny Mundt or a free agent to be named later for the Vikings backup job to Irv Smith Jr. Muse is stuffed with personality and has some upside as a route-runner and pass-catcher.