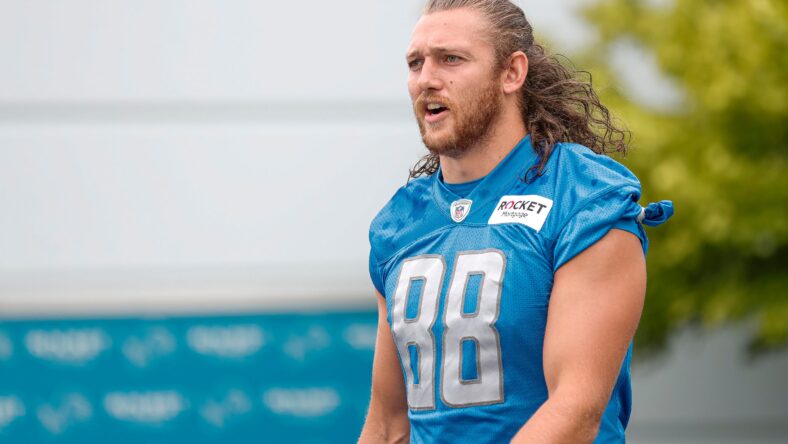 The Minnesota Vikings navigated a high ankle sprain to Irv Smith by trading for T.J. Hockenson on Tuesday, mere hours before the NFL’s trade deadline.

General Manager Kwesi Adofo-Mensah traded a 2nd-Round pick from 2023 and a 2024 3rd-Round pick to the Detroit Lions for tight end T.J. Hockenson, a 2023 4th-Round pick, and a conditional 2024 4th-Round pick. The Vikings traded down two rounds next year and one round in 2024 to land Hockenson.

So, the Vikings will field dueling tight ends, involving Hockenson and Smith, right?

About an hour after the Hockenson trade news hit, Smith was revealed with an 8-10 week prognosis for recovery. He’s effectively shelved for the rest of the regular season — hence the Hockenson deal.

Smith’s injury couldn’t arrive at a worse time as the fourth-year tight end will miss vital playing time on a 6-1 team during the final year of his contract. Hockenson, barring something odd, will become the Vikings new TE1 — probably for [at ;east] the next half-decade.

The Vikings cannot afford two big-name TEs on a depth chart, and Smith will almost certainly be the odd man out next spring. And that development is significant because Smith was forecasted as the next big thing for the Vikings — every offseason for four years. Those forecasts were incorrect.

For Hockenson, well, he joins a team with 6+ wins for the first time in his career. The Lions have never won six games during his tenure, so the former 1st-Rounder from Iowa will try winning on for size — for the very first time.

Acquiring Hockenson with the NFL trade deadline four hours away was the largest splash for a tight end that any NFL team could possibly be pulled off. The move signifies the Vikings “all in” mentality regarding the 2022 season, where the franchise is 6-1 and 3.5 games ahead of the Green Bay Packers in the NFC North.

Hockenson, 25, was drafted in the 1st Round of the 2019 NFL draft by Detroit. In 47 career games, he’s netted 186 receptions for 2,068 yards and 15 touchdowns. Going nowhere, the Lions are evidently turning to the future, one that will not feature Hockenson. He’s under contract now with the Vikings until the end of 2023.

Since entering the NFL, he ranks seventh in the NFL among tight ends via receiving touchdowns and 10th in receiving yards. Hockenson turns 26 next summer.

He missed five games in 2021 with a hand injury.