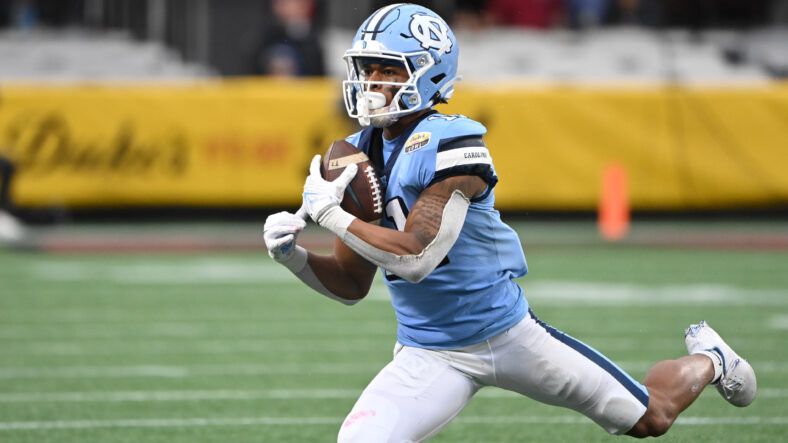 Exactly two months after the 2022 draft started, ESPN’s draft expert Matt Miller debuts his first mock draft for the next one, which will be Adofo-Mensah’s second try as Vikings GM. It’s never too early to look at the upcoming draft class. The high-end talent is regarded as higher than in the last class, so the Vikings should get an excellent player no matter when they draft.

In Miller’s draft, the Vikings pick at position 21. He bases his draft order on the projections from ESPN, and they apparently like the Vikings’ playoff chances in 2022.

It’s really early to predict needs on the Vikings roster in the upcoming offseason. Players are getting older like Adam Thielen and Eric Kendricks. Other players, like Irv Smith or Garrett Bradbury, might leave in free agency. Other players could get cut because of disappointing performances or injuries. Miller has Kwesi Adofo-Mensah go wide receiver in his second draft in charge.

In the Vikings universe, many people already thought that adding a wide receiver would make sense in the last draft. Now the Vikings get one in the mock draft.

“How much longer will Adam Thielen be the running mate to Justin Jefferson? It might be time to start building out the wide receiver room, and Downs has the quickness and hands to be that guy. He’s not the biggest wideout (5-foot-10, 180 pounds), but he had 101 catches for over 1,335 yards and eight touchdowns last season, with all but one of his receptions coming when he was lined up in the slot. He’d be a great fit with Jefferson.”

The Vikings didn’t have a top-end talent in speed and quickness at the wide receiver position since probably Percy Harvin. Downs would add a new dynamic to the offense, and he could build an explosive duo with Jefferson for years to come.

Looking for a Thielen successor is an important task for the front office in the near future. In less than three months, he will be 32 when the Vikings face the Packers in Week 1. He is still one of the elite red-zone threats in the league. However, his last 1000-yard season was in 2018. It was also the last one in which he played every game of a season. He could continue to play at a high level, but father time is still undefeated. Even if Tom Brady is challenging him.

K.J. Osborn has shown his skills in the last season when he recorded 655 yards and seven touchdowns. But it’s hard to predict if he can be more than a third option at wide receiver, especially in today’s NFL. Passing becomes more critical every year.

Five quarterbacks were drafted in the top ten. That explains why the Vikings don’t take one. After extending the contract of Kirk Cousins for one year, it could be the time to look for the quarterback of the future. The rookie would sit for one year behind the veteran and then take over. A plan that worked for the Chiefs when they selected Mahomes despite Alex Smith playing at a solid level.

Names of quarterbacks to watch in the upcoming college season are Bryce Young from Alabama, C.J. Stroud from Ohio State, Will Levis from Kentucky, Jaren Hall from BYU, and Tyler Van Dyke from Miami.