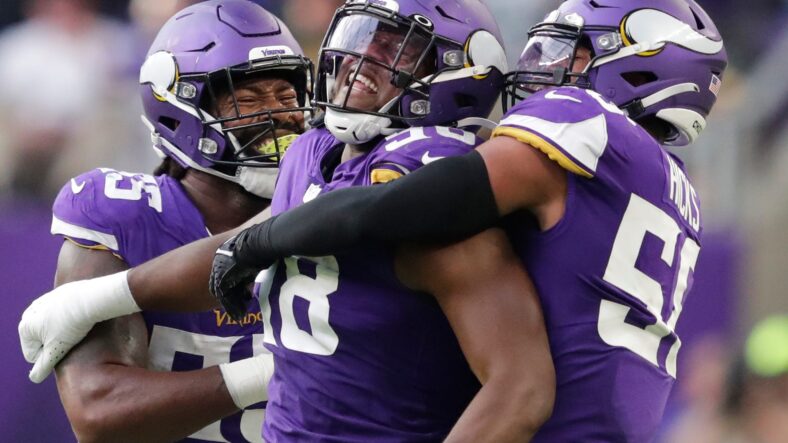 1. Foremost, for generating positivity and legitimacy for the 2022 Vikings, this game had everything. All phases of the game looked competent and sharp.

3. Kevin O’Connell’s no-brainer to go for it on 4th and Goal during the first drive was his Welcome to Minnesota moment. The past regime would’ve waffled, probably ultimately gone for it, and ran the football into the line of scrimmage. O’Connell was decisive — and right — signaling the formal page turn to a new era.

5. The Packers did break off chunk yards early in the game and even in the middle. That was not ideal, but the Vikings somehow capped the damage to seven points. You should complain about nothing.

6. The Vikings goal line stand signified a rebirth of the defense. Mike Zimmer’s defense floundered in 2020 and 2021 — especially in crucial spots like those — and standing Green Bay up from a yard away changed the game’s dichotomy much like Watson’s boneheaded drop.

7. O’Connell felt like a gambler early on with the 4th and Goal touchdown to Jefferson, but he showed containment when settling for the field goal that made the score 10-0. Therefore, the Vikings should blend risk-taking and common sense the rest of the way. It won’t always be the wild west on 4th Down.

8. Greg Joseph punished a 56-yard field goal — tying a Vikings record — and fans really didn’t have any anxiety about it during the lead-up. That should tell you something.

9. Rodgers authored two turnovers, which is like Steph Curry missing eight free throws. When Rodgers turns the ball over, the opposing defense is doing something right — and probably pissing him off.

10. The Vikings had three penalties. There should be a parade to celebrate the low total. Facetious — but you get the point.

11. Kirk Cousins was magnificent, laying credence to the theory of “pairing him with a coach who wants him there.” If only for a week, the experiment with Cousins and O’Connell seems quite wise.

12. Ed Ingram got off to a rough start, especially early on. Such is life with rookies in their first game.

13. The Packers will be back. They essentially pulled this same trick one year ago, almost to the day. Unlike the Vikings, Green Bay seemed to have rust.