Bleacher Report Has WR Trade in Mind for Vikings 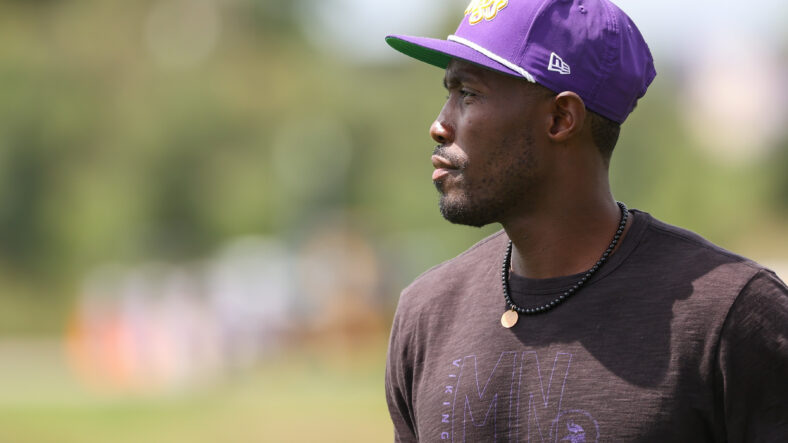 The Minnesota Vikings have five wide receivers on the active roster, and Bleacher Report has an extra one in mind for the purple team via trade.

Late in August, Mims requested a trade from the Jets and subsequently hasn’t played at all in the 2022 regular season.

Mims’ agent Ron Slavin told the media before the season started, “We feel at this point a trade is our only option, since the Jets have repeatedly told us they will not release him. Joe Douglas has always done right by Denzel and we trust that he will do everything in his power to find another team where Denzel can be a contributor.”

And Mims has just been buried on the depth chart since, experiencing no action on offense nor any special teams snaps. Despite Mims’ non-participation, New York has a winning record at 3-2 and travels to Green Bay on Sunday for a date with the Packers.

Well, Mims isn’t doing anybody any good on the Jets bench, so trade theories have run rampant since the trade request seven weeks ago. Accordingly, in Knox’s article detailing a “trade block big board,” Mims was spitballed to the Vikings.

Knox explained the trade idea for Minnesota, “The 4-1 Minnesota Vikings — who were one of the teams interested in Mims, per [Connor] Hughes — could use additional depth behind standout Justin Jefferson. Adam Thielen is their only other wideout with at least 200 receiving yards through five weeks.”

The Vikings already have “too many mouths to feed” on offense, as Jefferson, Thielen, Osborn, TE Irv Smith, and RBs Dalvin Cook and Alexander Mattison need touches in Kevin O’Connell’s offense. While intriguing, adding Mims doesn’t quite make sense, particularly after Minnesota traded a 4th-Rounder for the aforementioned Reagor in August.

Still, Mims is a 2nd-Round talent from the same draft as Jefferson and Reagor and could theoretically contribute to the Vikings offense — down the road. Through two seasons, Mims has recorded 31 receptions for 490 yards and no touchdowns in 20 career games. He played 718 offensive snaps in 2020 and 2021, so there is plenty of tape available to evaluate the man.

If the Vikings aren’t interested in trading draft capital for Mims — Minnesota is already skimpy with picks for next year’s draft — but wants more WR depth, free agents Odell Beckham, Dede Westbrook, Will Fuller, and T.Y. Hilton are also available.

The Vikings play Mims’ Jets on December 4th at U.S. Bank Stadium. Knox speculated Mims could land with the Chicago Bears, too.

It is unclear what the Jets price would be for Mims, but Minnesota has no 4th-, 6th- or 7th- Round picks next April.