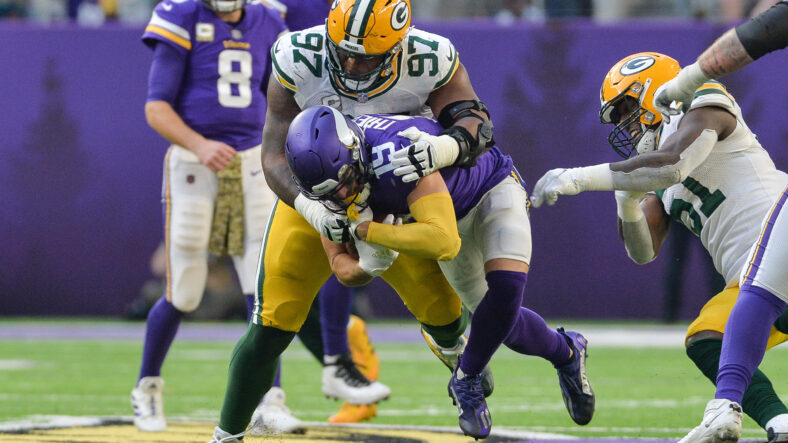 Apparently, Adam Thielen has talents that extend beyond the football field. In fact, a recent video suggests that Minnesota’s veteran WR2 may be excellent at making caffeinated beverages. Take a look for yourself:

It’s good to see the team having some fun. From what I can gather, the NFL season can feel like a grind for the players. Being able to enjoy oneself at the practice facility during the week is thus a good thing.

Now, what’s the point of writing this piece about Thielen’s barista skills and Kirk Cousins getting a caffeine boost? Well, the first and most obvious reason is merely to discuss a funny interaction. Second – and more important – is that the connection between QB1 and WR2 is going to be very important moving forward.

Earlier in the press conference, Adam Thielen discusses how defenses are playing the Vikings. He mentions how they’re being physical to disrupt an offense’s timing, a strategy that can be quite effective. The onus now shifts to Minnesota to figure out a way of adjusting to the challenges that defenses are presenting.

It’s likely no coincidence that Cousins’ modest stats happen to coincide with Thielen’s modest stats. These things exist together and are connected to the other.

The Vikings haven’t been generating enough explosive plays off of play action. That’s an issue that the team needs to solve. Kevin O’Connell would be wise to continue leaning on play action with regularity, and yet there does need to be an adjustment to how effective it has been.

For his career, Adam Thielen averages 12.7 yards per catch. In 2022, that number stands at 9.8. Obviously, we should expect the veteran to lose some speed as he ages, but the decline in intermediate and long completions has been an issue that has arrived with some suddenness.

Justin Jefferson is very rightly this team’s WR1. Nevertheless, the team needs to prioritize getting the ball to their other top two receivers: Thielen and K.J. Osborn. Doing so effectively forces defenses to acknowledge that there are threats beyond just the top receiver. As a result, it won’t be as easy to simply double cover Jefferson.

On PFF, Thielen has a 68.8 grade. It’s a solid but unspectacular number. He’s had 265 snaps out wide, 109 in the slot, and 5 in the backfield. It may be time to start featuring him in the slot a touch more, perhaps allowing the veteran to get better matchups.

The Cardinals blitz nearly 37% of the time, second-most in the NFL. Cousins is going to need his receivers to get open in a hurry. In the past, we’ve seen Thielen make tremendous contested catches in critical moments. I’m looking for Thielen to have a great Week 8 as he shows he’s still capable of being a strong WR2 for the Vikings.

After the game, hopefully Cousins and Thielen can enjoy a great cup of coffee as they reflect on being 6-1.