What Will It Take for Vikings to Draft Top Cornerbacks 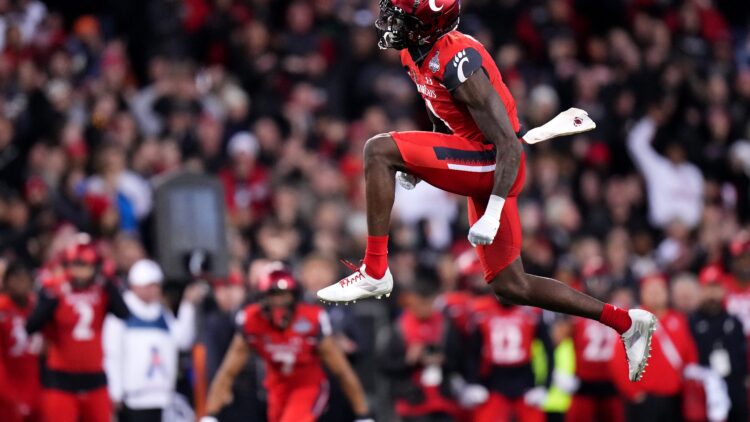 There is no disputing who the best cornerback in the draft is this year. The consensus around the league, commentators, analysts, and fans is that Ahmad ‘Sauce’ Gardner is the number 1 cornerback in the 2022 NFL Draft. Derek Stingley Jr. is not a distant 2nd. So, I want to do a mental exercise to see what it will take for the Vikings to draft the top cornerbacks.

Prior to the combine, Vikings fans were mocking drafts that had Sauce going to the Vikings at 12. However, after the NFL Combine, it became clear that Sauce was special. Ahmad Gardner came out on Twitter and let the world know that he was the best player in this draft.

Now, most experts have Sauce Gardner being drafted by the Jets with the 4th overall pick. This seems like it is out of reach for the Vikings. Although maybe the Vikings are dead set on Sauce being their guy. If so, they could certainly trade up to go after him.

However, it is much more likely that they pass on Sauce and wait for the board to come to them. Hopefully, this will be Dereck Stingley Jr. But, recently, Stingley Jr. showed out at the LSU Pro Day. Because of his performance at the Pro Day, it might even be asking a lot to have Stingley Jr. available at 12.

Trading Up Is Expensive

When evaluating trade propositions, many fans use the PFF Mock Draft Simulator. However, sometimes this simulator will allow you to conduct highly unlikely trades. Instead, we will use the Rich Hill draft model that can be found on Drafttek.com.

Let’s say the Vikings want Sauce Gardner and are willing to trade up. The Jets and Texans both need cornerbacks, but the Jets are more likely to select Gardner. This means the Vikings would need to trade in front of the Jets to get him. So, the Vikings will need to try to trade with the Texans.

The 3rd overall pick has a point value of 514, and the 12th overall has 347. So the Vikings need to come up with a value of 167 points plus a premium to make it worth the Texans’ time. The Vikings’ 2nd and 3rd round selections have a combined value of 188.

If we only use 2022 draft picks, the Vikings would need to give up their 1st, 2nd, and 3rd round picks to get to the 3rd overall. This is far too rich for my blood.

Trading up for Stingley Is More Manageable

Based on Stingley’s performance, he could indeed become a top 10 pick. A cornerback-needy team like the Eagles might try to trade up in front of the Vikings to get him. The Eagles certainly have the draft capital to make such a move.

This could mean the Vikings need to trade up to 10th overall to get Stingley Jr. A trade like this is much more manageable. The difference between 10th overall (369) and 12th (347) is only 22 points. A swap of 1st round picks, and a 2023 3rd round pick would probably be enough to get the trade done.

However, if the Eagles really like Stingley, they have the draft capital to outbid the Vikings. I wouldn’t rule out Howie Roseman making such a move for the Eagles. He has been very active in trades recently.

Is Trading Up for a Cornerback Worth It

When evaluating these trade options, it becomes clear that trading up is not worth it. It is difficult to imagine a world where a former Wall Street guy like Kwesi Adofo-Mensah makes this move unless it is for a quarterback.

Why would he give up so much draft capital to get Sauce Gardner when there are other options? Why would he get into a bidding war with the Eagles?

The most logical thing for long-term benefit is to sit at 12th overall. If both Sauce and Stingley are off the board, so be it. The Vikings should then take the best player available or try to trade back. The cost of trading up is too much to bear.