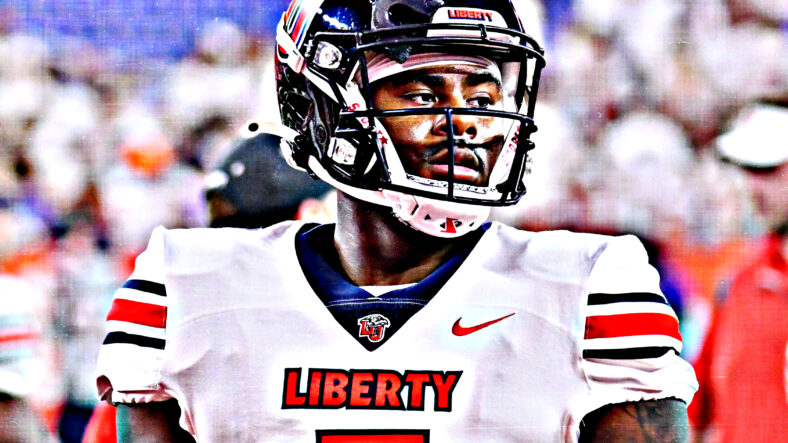 After a wild first night because of a hot-button trade with the Detroit Lions, the Minnesota Vikings will select second on Friday evening with the 34th overall pick.

This is how the Vikings got here via swap with the Lions:

In order of least to most likely, these are five candidates for the 34th pick.

Vegas has intel that something is brewing. Do you believe it? Because this spike is mammoth.

This would be a truly odd selection for the Vikings, a team that signed up with Kirk Cousins for two more years at $35 million guaranteed per season. Yet, the Kansas City Chiefs did this in 2017 with Alex Smith and Patrick Mahomes. Guess what? It worked out marvelously.

Willis should probably be considered a longshot to land with the Vikings, but sportsbooks don’t update odds whimsically.

Gotta prevent the Packers from drafting a playmaker, right?

Moore is a slot receiver with 4.41 forty speed. If his draft scouting report is accurate, he’d be an upgrade in the Vikings offense at WR3. He scored 16 touchdowns in 30 games at Western Michigan. Moore also notched 1,292 receiving yards in 2021.

If the Vikings want offensive affluence in 2022, Moore should be the pick. He’d make the 2022 Vikings offense even more dynamic — with an offense-first head coach in the saddle for the first time.

Otherwise, Minnesota will draft defensively with one of the next three men.

The Draft Network calls Gordon an “exceptional athlete with explosive and dynamic movement.” possessing “athleticism and hips to be a starting outside corner.”

That sounds like a fit for the Vikings, doesn’t it? Minnesota was expected to draft a cornerback in Round 1, but it traded down to the last spot of the 1st Round and plucked a safety.

No matter what, at some point, the Vikings need young, buildable cornerback for 2023 and beyond. Cameron Dantzler is the only starting corner committed to the Vikings beyond 2022.

If the Vikings are using the 34th pick on sheer talent, Dean will be the pick.

Like the Packers on Thursday night, Minnesota would welcome two Georgia Bulldog defenders to the party. Dean is explosive, fast, and instinctive.

He’s an off-ball linebacker, so he’d partner with Eric Kendricks and Jordan Hicks — and would start if either man encountered injury.

Some Vikings pundits believed the franchise would draft Booth Jr. in Round 1. Well, now, Adofo-Mensah can snag the Clemson alumnus in Round 2.

Booth Jr. is long and rangy. Ball-tracking and hands are among his strengths.

Akin to the Gordon argument, the Vikings desperately need CBs for long-term roster planning. Booth Jr. should’ve been selected in Round 1, but other teams drafted non-1st-Rounders like Tyler Smith and Cole Strange instead.