The 4 Draft Prospects Most Commonly Associated with the Vikings 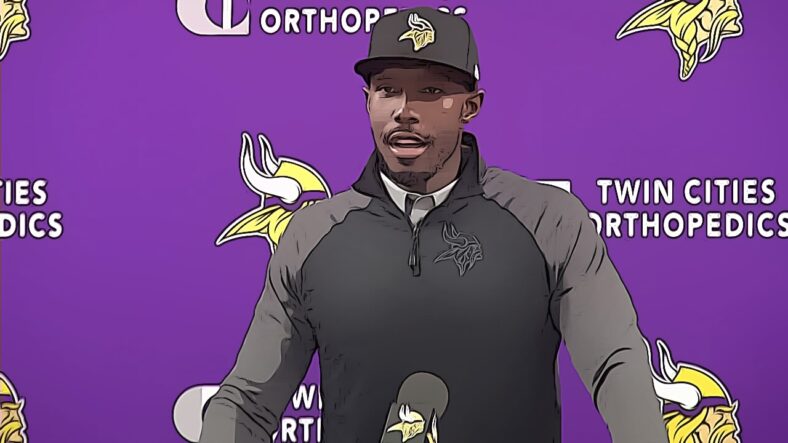 The 2022 NFL Draft is about two weeks away, and the Minnesota Vikings possess team needs at cornerback, EDGE rusher, and interior offensive line.

Accordingly, most mock drafts place men from those positions on the Vikings roster with the 12th overall pick — best player available be damned.

Spanning the last few months, these four men are the draft prospects most commonly associated with the Vikings via pundits’ mock drafts, ranked in ascending order of frequency.

The Vikings would stay local with this man, a graduate of Eden Prairie High School.

Johnson spent two seasons at the University of Georgia before transferring to the Seminoles for the 2021 season. At Flordia State, Johnson notched 11.5 sacks in 15 games, 70 total tackles, and ACC Defensive Player of the Year honors.

Minnesota is set for starting EDGE rushers — barring injury — with Danielle Hunter and Za’Darius Smith. But Johnson would plan for the future, mainly if the Hunter-Smith plan goes pear-shaped due to injury or otherwise.

Plus, can a playoff-contending team ever have too many EDGE rushers? Nope. Ask the Buffalo Bills about it.

Then, he went and authored an impeccable NFL Combine performance, careening his stock up the draft board. Garnder is now forecasted as a Top-8 pick or so, disqualifying his availability for Minnesota at #12.

In 1,026 defensive snaps at Cincinnati, Garnder never allowed a touchdown. So, yes, he’s going to the New York Jets or somewhere.

When Sauce‘s draft profile skyrocketed, McDuffie took his spot inside mock drafts at the Vikings pick.

While McDuffie isn’t considered a “guaranteed thing” like Garnder, he is an exciting consolation prize.

The Draft Network calls McDuffie a “very good athlete with good lateral agility and overall quickness in coverage” and via run defense an “aggressive tackler who seemingly enjoys the physical aspect of the game.”

Like Garnder, though, McDuffie would have an instant role in the Vikings defense alongside Patrick Peterson and Cameron Dantzler.

Like Garnder at the NFL Combine, Stingley Jr.’s recent Pro Day was a success, chiefly because it dispelled any injury concerns teams might hold. Stingley Jr. was beset by a Lisfranc injury, a malady that can scare general managers away from pulling the trigger.

Stingley Jr. should be considered the favorite to land with the Vikings on April 28th. The only problem might be his rising stock. The Pro Day seemed to force his draft candidacy back in the Top 10. Even Patrick Peterson realized Stingely Jr. might be “too good” for a tumble to the Vikings.

On the whole, though, most mock drafts amid this offseason cycle link Stingley Jr. to Minnesota. And the Vikings have a wonderful history of drafting LSU alumni — from Justin Jefferson, Danielle Hunter, to Henry Thomas back in 1987.