Before Trades, Vikings Wanted Lewis Cine All Along. 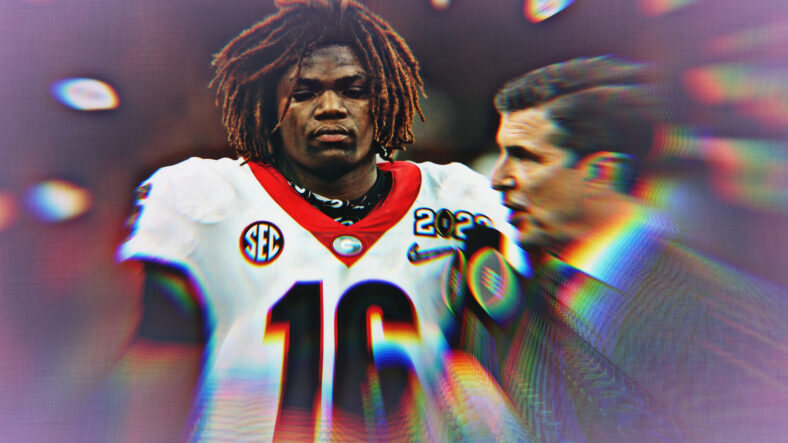 Despite all the fan raucous about the Minnesota Vikings trading with the Detroit Lions on the first night of the 2022 NFL Draft, the team’s new leadership tandem identified eventual pick Lewis Cine as their coveted choice before any wheeling and dealing began.

And according to the team’s archive video tweeted on Thursday, there is now evidence to suggest Cine was “the guy” all along.

And this implies the franchise’s desire to select Cine from the beginning, probably not with the 12th overall pick — but somewhere in the 1st Round. Too, the video provides a rationale for why the Vikings traded back in the first place, focusing on Cine while banking additional draft capital [in what Kevin O’Connell inferred] was the draft’s sweet spot.

The context for the decision is much needed for some. Onlookers of the Vikings were mortified that Adofo-Mensah traded out of the 12th pick with Detroit — and then traded the following night with the Green Bay Packers — as doing business with divisional foes is not the norm.

A handful of folks even insinuated the new general manager “didn’t know what he was doing” out of total incompetence.

Alas, that theory is kaput, as the video above shows the tactical nature of his decision-making, seeking to enhance the value of the roster through multiple players instead of just one with the 12th pick.

Trading with the Lions has been kind to the Vikings in the past. In 2010, Minnesota made a deal with Detroit that welcomed [the draft pick that would turn into] Everson Griffen. The Lions used the trade to draft Jahvid Best and Jason Fox. Five years later, Rick Spielman traded for picks that netted Danielle Hunter, whereas Detroit selected Alex Carter.

Carter played one game for the franchise in his career.

Perhaps Adofo-Mensah’s trading during the draft wasn’t an off-his-rocker strategy after all.

Vikings Territory Also Read: 5 Surprising Vikings Who Could Be Cut This Summer