These Are the Players to Watch for Vikings Trade Aftermath with DET, GB 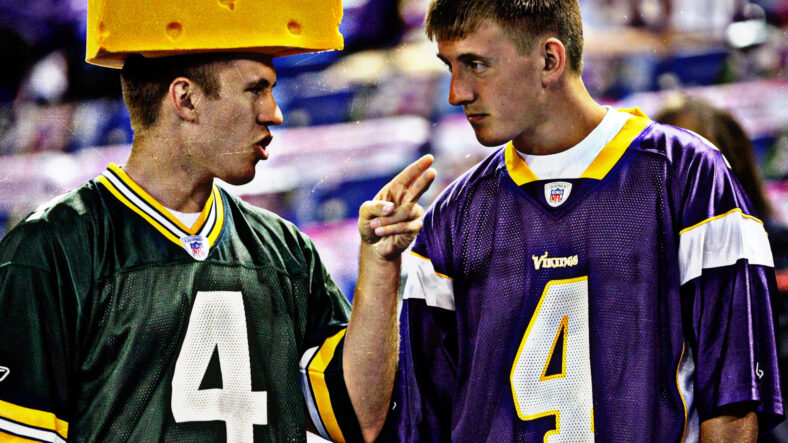 The Minnesota Vikings controversially traded with the Detroit Lions and Green Bay Packers on back-to-back nights to start the NFL Draft. The transactions were greeted with raised eyebrows by fans as, generally speaking, divisional foes shouldn’t be doing business together.

The last time Minnesota traded with Green Bay was in 2008. The Packers landed Matt Flynn, and the Vikings drafted John David Booty with the trade spoils. The swap was basically a wash, with a slight advantage to Green Bay.

The Lions and Vikings, on the other hand, trade somewhat frequently, making deals on five occasions since 2010.

With the trade in the rearview — but still with a gargantuan verdict to be reached in the coming years — these are the players who will determine the efficacy of the trade.

The Lions and Packers received these players as a direct result of trading with the Vikings:

Because Pascal is an EDGE rusher, he likely doesn’t “matter” too much. Fans want to remember the wide receivers — almost in a Mossian way. Who did the Vikings pass on for the trade — is the mindset.

Those men are Williams for the Lions and Watson for the Packers. If one of them becomes a household name — in a good way — the Vikings will look silly in retrospect. All it takes is one. People want a reason to decry division trades, and a bust-out by Williams or Watson will easily provide argumentative weaponry.

Minnesota was the seller, so the burden of proof lies with it. That part is disadvantageous because the court of public opinions wants the Vikings to be vilified for their risky business.

In short, monitor the careers of Williams and Watson. Especially against the resumes of the following men.

The Vikings received these players as a result of trading with the Lions and Packers:

So, this is the haul. Plain and simple. None of these men would’ve joined the Vikings at their respective draft spots without the Lions or Packers trades.

Here’s what you must do — if you want to evaluate the trades objectively — wait about 3-5 years and compare the careers of these six men to those of Williams, Watson, and Pascal. The task is straightforward — even though fans want to know who won the trade now (for some reason).

The Vikings chose to improve their long-term defensive prognosis. The Lions and Packers opted for offensive heavy-hitters through the air (plus Pascal for DET).

In 2025 or so, if you refer back to this article, you’ll have a skeleton for “who won the trade.”

Until then, it’s premature gotcha-ism.