Will the Vikings Game Management Woes End with New Appointment? 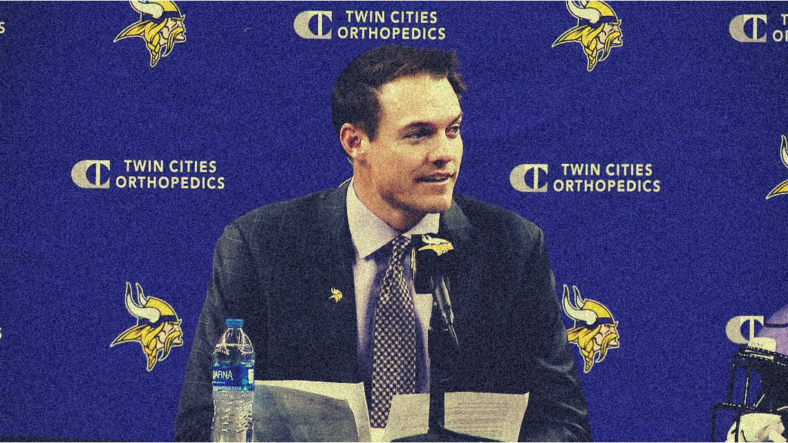 Under the stewardship of Mike Zimmer, the Minnesota Vikings had serious game management woes.

As head coach Zimmer rightfully got the blame, what input came from other areas of the coaching team wasn’t clear. New head coach Kevin O’Connell has brought immediate clarity to that area of the game with the appointment of Ryan Cordell as pass game specialist and game management coordinator. It is an intriguing role filled by an intriguing figure.

Cordell came into the league in 2014 as a salary cap intern for the San Francisco 49ers before moving onto the Cleveland Browns and now Minnesota. His other roles with previous two employers include football operations coordinator, special assistant to the general manager, offensive assistant, football research analyst, and coaching assistant. Cordell is someone Kwesi Adofo-Mensah will know well from their time together in Cleveland, who will bring different qualities. like analytics and good game management.

It was never particularly good, but last season it reached news lows. It wasn’t just the poor clock management or poor use of timeouts., not to mention not once but twice calling consecutive timeouts — a no-no in the National Football League, and the officials should ignore the call. T

he first time it happened was in the defeat by the Dallas Cowboys, where Mike Zimmer took the blame, explaining afterward that he forgot he’d just called a timeout in the heat of the battle. After that, silly mistakes mounted up throughout the season. In the end, they proved costly to the team’s season and almost the entire coaching staff.

Everything else pales in comparison to one horrifically bad stat. During the 2021 season, the Vikings gave up an unbelievable 128 points in the final two minutes of each half, allowing so many points at such crucial points in the game is not a recipe for success. Indeed, giving up points in the last two minutes of the game means you’re either going to lose or give the offense next to no time at all to save the game. Like Kirk Cousins and Greg Joseph managed to do in Week 5 against the Detroit Lions, with only 33 seconds left on the clock after the kickoff return. You can’t expect any offense to pull that off every week.

The major issue though was the end of the first half, where a staggering 93 points were given up by the Vikings defense. Inside the last two minutes of the half, the Minnesota Vikings conceded an average of 5.47 points a game — so basically giving up a touchdown to end every half. Embarrassing.

That is as bad as any two-minute defense has ever been. We hadn’t gotten far into the season when the 2-minute warning was dreaded by Vikings fans. In the end, no matter what time was on the clock or what field position the opposition had, there was a sense of inevitably that points were about to be scored.

In a season where fine margins were the difference between the playoffs and an early finish to the campaign, the Vikings game management woes were a critical factor in what went wrong.

Game management is one area the 2022 Vikings should be able to improve without having to splash out on new players. It’s a small part of the game that can become a massive problem if neglected, as we know far too well. Hopefully, those days are behind us, with the appointment of Ryan Cordell being a big step in the right direction.