The Mike Zimmer era, where did it go wrong? 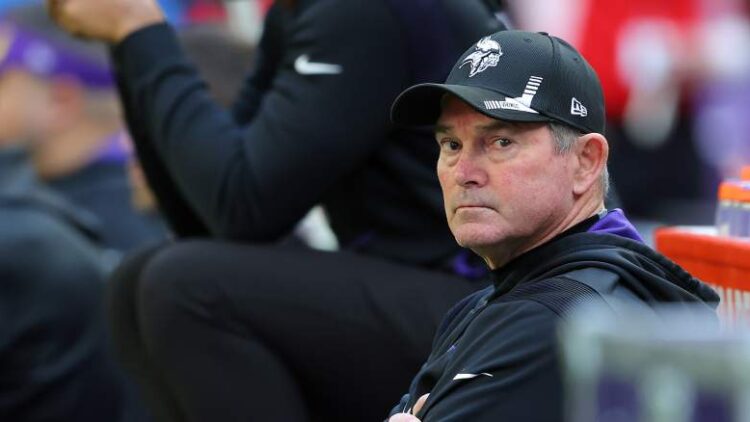 So here we are, at the point that no team in the NFL really wants to be at. It’s a pseudo start over looking for a new head coach and a new general manager with the hopes to salvage a roster that’s not totally devoid of talent.

As far as the general manager goes, it’s pretty much all on Spielman and his performance. As the top dog and final decision maker when it comes to the Vikings roster, any short-comings were a result of the choices and moves that he decided to make.

When it comes to head coach Mike Zimmer, the conversation might be a little more difficult. He’s still out of a job, he’s still left to contemplate his future while the Vikings do the same, but was he was largely fired because the team didn’t win enough. Was that his fault?

The way I see there were two different facets that led to the lack of success and ultimate firing for Zimmer, some were internal issues with him and others were external ones slightly out of his control.

When talking about the internal issues, the one’s that Zimmer was responsible for, those certainly existed. There seemed to be some personality issues both behind the scenes and in front of the camera. Spinning through offensive coordinators, cycling through assistants was a sign that something appeared to be amiss behind the scenes. Maybe it was a my way or the highway thing, maybe it was a personality trait that made him hard to work with, who knows…what we do know is that there was something there that pushed Norv Turner away, failed with John Difilippo and made it easier for Gary Kubiak to step away from the game. It appeared that Coach Zimmer had some big opinions about what the offense should be doing and often times that reared it’s head in front of the cameras.

There’s also the game management problems, issues that plagued Zimmer during his entire tenure in Minnesota. Early in his time with the Vikings there was an instance where Rick Spielman sat down with Zimmer and mocked up late game scenarios in a situation room. Call it an exercise in mental practice for a coach who had never been a head coach to aid him in decision making when these sort of issues popped up in real life on the football field. Maybe that should have been a red flag right away. The whole decision making, trial under fire thing seems like it should be inherent, and not necessarily learned through teaching. At the time of this meeting, Zimmer was already a veteran coach with decades in the league as an assistant coach. If he didn’t pick that up through those experiences, maybe he never would. Eight years and countless questionable decisions later and that appears to have been the something that was still getting the better of him as coach.

Then there was the lack of adjustments. How many times did we complain about the game plan and lack of in game adjustments when things weren’t working? It goes back to the my way or the highway mentality that it appeared Zimmer had, they just kept trying and trying to pound that square peg in the round hole when it clearly wasn’t working.

Maybe more egregiously, he didn’t seem to do anything about any of these situations to fix them. We’ve seen other coaches and other teams hire a game management coach or an aid to serve as a liaison between the coach and assistants when things got heated. But Zimmer believed he could handle it, and proved that maybe he couldn’t.

In fairness to Zim, there were certainly a large number of external factors that led to the teams struggles and his firing as well, most notably the personnel in the locker room.

When it came to the draft and free agency, sure Zimmer had some say. But at the end of then day, the final decision maker on which players to bring in fell on Rick Spielman. So whether it be high priced free agents like Kirk Cousins, high draft picks like Laquon Treadwell or late round guys like Willie Beavers, there were some situations that fell on Zimmer’s plate that didn’t exactly help his cause. It wasn’t Mike’s fault that for all 8 years the Vikings struggled to build an offensive line, or that out of 9 first round picks with Zimmer as head coach only two of them play a significant role for the team and five of them aren’t even with the team any more. You can only do so much with the players that you’re given.

Then there was COVID. Say what you want, no matter how you feel about it, Mike Zimmer was a better coach when the unpredictability of COVID wasn’t in the picture. Yes every team had to deal with similar issues, but other coaches proved that they were better able to adapt to those situations. Zimmer did not.

Nobody can look at what Mike Zimmer did as a head coach with the Vikings and say that he was a bad coach. You can look at a lot of what he did and say that there was room for improvement. I think you can also say that some of the needed changes weren’t exactly welcomed by Zimmer’s older-school approach.

Maybe that’s the real reason that it was deemed a change was needed. Simply the opportunity for a fresh perspective, a clean slate.