Why the Vikings Always Play the Bears to End the Season 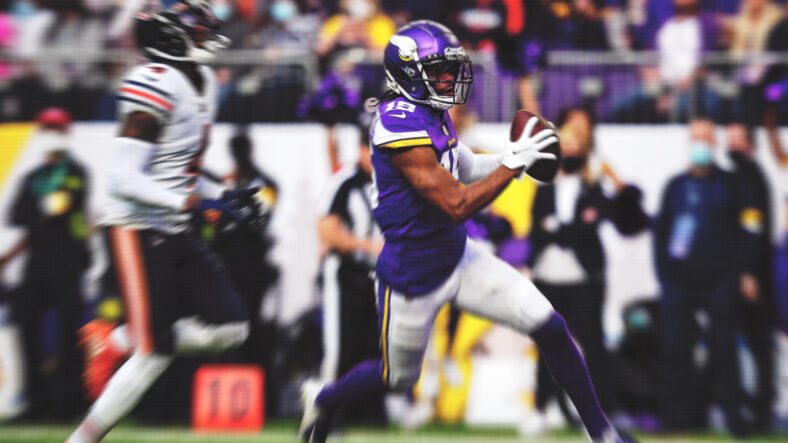 Since the Minnesota Vikings opened U.S. Bank Stadium in 2016, every final home game on the schedule has been against the Chicago Bears.

It is a death, taxes, and Bears at home for the final U.S. Bank Stadium situation. And 2022 may be no different when the NFL released the full schedule on Thursday night. There’s also a good possibility the tide will finally shift for the Vikings to play at Soldier Field to finish the 2022 regular season.

Fans often joke about the ordeal, cynically predicting the Bears will indeed play the Vikings at Minneapolis late in the season. And recently, the games have been somewhat meaningless as both teams are eliminated or coasting via resting players.

There is an elementary reason for the scheduling tactic — one not known by all (or even the most ardent of Bears and Vikings fans).

Alas, here is the reasoning.

The NFL values the rivalry and sanctity of the Bears-Packers matchup more than most. Plus, the final slate of games in Week 18 (previously Week 17) is always division contests as of late. Schedule makers do not want to risk Bears-Packers becoming meaningless in the final week of the season. So, they schedule the Packers to play the Lions — and the Vikings to play the Bears, two matchups not as esteemed in the eyes of the league as Bears-Packers.

It is unclear why the Vikings always host the Bears, but the who of the matchup can be explained by the NFL enjoying Bears-Packers more than Bears-Vikings.

Consider the fallout of Bears-Packers to end the season. The game would generally mean nothing, as the Packers glide to a playoff spot while the Bears round out a 6-11, 7-10, 8-9, or 9-8 record. It’s less sexy.

If the Bears and Packers play before the final week of the season, the game has a better chance of meaning something.

The league seemingly doesn’t mind the underwhelming nature of Bears-Vikings to finish the year. But it does care about Bears-Packers.

Accordingly, per the last half-decade or so, the Packers finish up against the Lions and the Vikings and Bears showdown at U.S. Bank Stadium.

At some point, assuming this mentality stays intact, the Vikings will eventually travel to Soldier Field late in the season.

And that tendency will be met with mixed reviews by Vikings fans.