Vikings Reportedly Get a Date in Green Bay on National Holiday 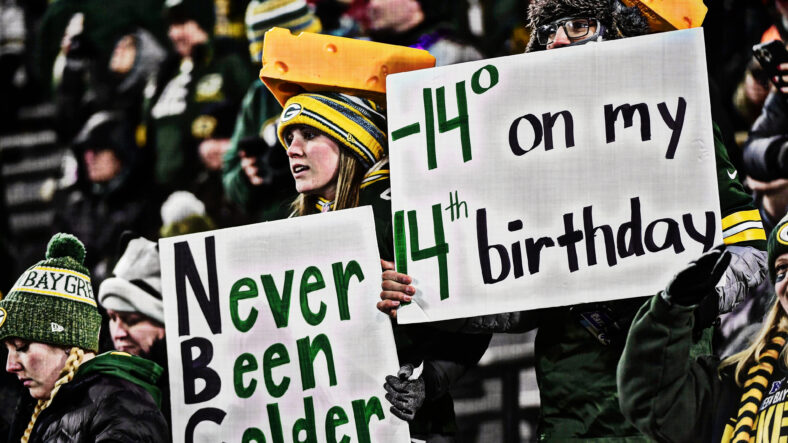 The NFL schedule releases on Thursday night, and clues have rolled in for about two weeks.

Foremost, the ironclad matchups — the Vikings play on Monday Night Football in Week 2 at the Philadelphia Eagles and in Week 4 at London against the New Orleans Saints. Those games are totally firm for scheduling purposes.

And with the formal schedule release hours away, the day and time of the Minnesota Vikings trip to Lambeau Field are clearer, slated for New Year’s Day.

A Packers-themed writer also endorsed the validity of the leak.

When confirmed officially by the NFL on Thursday evening, the Vikings-Packers date in Green Bay will mark the second consecutive year of a January matchup between the two teams in Wisconsin. Last year, Minnesota trekked to Green Bay sans Kirk Cousins, who contracted the coronavirus.

Sean Mannion led the enterprise, and the Vikings doors were blown off, 37-10.

During the Mike Zimmer era, from 2014 to 2021, the Vikings were 7-8-1 (.469) versus the Packers. While not posting a right-side-up win-loss record, Zimmer found a way to contain Aaron Rodgers more than most. However, Zimmer was terminated by the Vikings on January 10th, ushering in a new era with Kevin O’Connell, an offensive coordinator from the Los Angeles Rams, a team that won the Super Bowl in February.

The last time the Vikings played on New Year’s Day was the 2016 season, defeating the Chicago Bears 37-10 at U.S. Bank Stadium. It was the contest where a protester hung a “DIVEST” banner from the rafters, decrying U.S. Bank’s involvement with the facility’s name.

The Vikings are also credibly rumored to open up at home versus the Packers in Week 1 this September.