What Must Happen for Vikings to Land Sauce or Sting 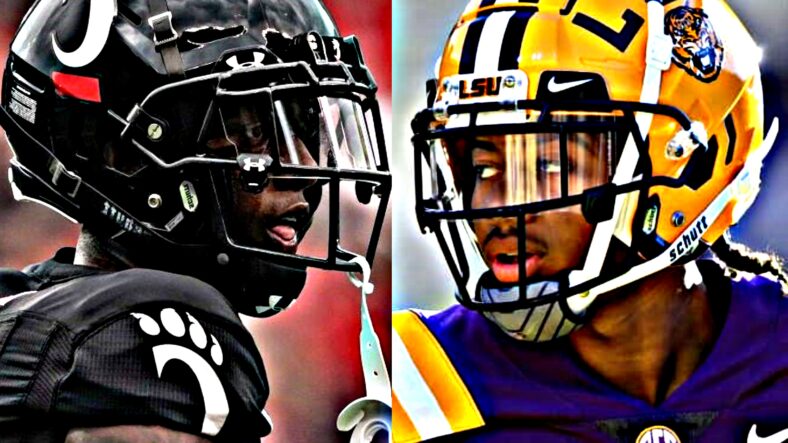 Barring scandal or sudden injury, Ahmad Gardner and Derek Stingley Jr. will likely depart the NFL draft board before the Minnesota Vikings choose a prospect twelfth on April 28th.

There is, though, one realistic path for either man to land with the Vikings, but it requires “help” from other teams.

It’s quite simple, actually. This is the current draft order before Minnesota’s pick at 12:

Thankfully for the Vikings sake, about five teams — Lions, Texans, Panthers, Falcons, and Seahawks — reasonably need quarterbacks in 2022 and beyond. In addition, nearly all of the teams ahead of Minnesota could add a wide receiver in an unsurprising turn of events. The Giants are in decent shape for WRs, assuming Kenny Golladay plays up to his contract, but the rest need pass-catchers.

The names to keep an eye on?

Even without the Las Vegas Raiders picking early — a team that usually does bizarre stuff in drafts — quarterbacks and wide receivers can flood the market, allowing arguably the top two corners to fall toward Minnesota. Because — based on sheer talent — Gardner and Stingley Jr. should be chosen within the Top 11. It’s unfortunate for the purple football team, but it is the truth.

Ergo, as you settle into your draft parties at your house or the bar, cross fingers and shoot little prayers to the heavens for quarterbacks and wide receivers to be named early in the event.

If that happens, the Vikings can land their cornerback to play alongside Patrick Peterson and Cameron Dantzler.