‘Voice of the Vikings’ Has Interesting WR3 Theory for Team 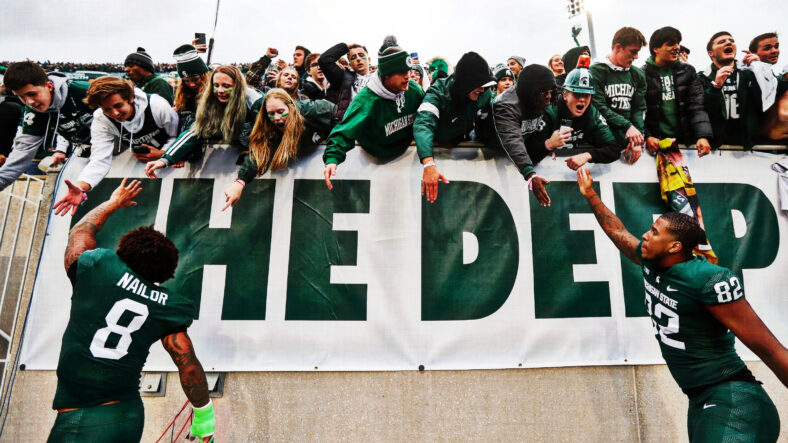 Minnesota Vikings upstart WR K.J. Osborn isn’t an absolute shoo-in for WR3 duty in 2022, according to KFAN‘s Paul Allen, who acts as the radio “Voice of the Vikings” on gamedays.

Nailor was a product of the 2022 Vikings draft class and the only wide receiver from the haul. Interestingly, Nailor was the direct trade compensation from Rick Spielman’s trade of Mike Hughes to the Kansas City Chiefs in 2021. The Vikings received Nailor, whereas Kansas City used Hughes’ services for one season. Hughes signed with Detroit Lions in March via free agency.

The “odds” provided by Allen — in an unsolicited manner — are notable. Generally speaking, +200 is not a longshot. For context, the Vikings have +275 to win the NFC North in 2022. Either Allen is personally high on Nailor based on his evaluation — or he knows something about Nailor’s rookie trajectory from inside Vikings circles that others do not.

During April’s draft, wide receivers coach Keenan McCardell reportedly “pounded the table” for Nailor, an indicator the Michigan State alumnus will be included in 2022 regular season plans. But few believe, at least before Allen’s prognostication, that Nailor will win the WR3 job this summer.

Why? Well, K.J. Osborn won the job rather emphatically in 2021, registering 655 receiving yards and seven touchdowns. Minnesota was thirsty for a WR3 since the days of Jarius Wright, auditioning men like Laquon Treadwell and Chad Beebe in the meantime. Osborn was the first non-Thielen, non-Diggs, non-Jefferson WR for the Vikings to accrue 500+ receiving tards and 5+ TDs in a season since Greg Jennings in 2014.

And when a man earns his keep like that with a team dying for a bonafide WR3, he fills an incumbent role.

Still, Allen maintains a Nailor is no slouch. Nailor is 5’11”, smooth, and was a big-play threat at Michigan State. As a Spartan in 2021, he averaged a whopping 18.8 yards per catch, a salivating forecast with the Vikings new-look, Kevin O’Connell-led offense.

Allen’s quasi-prediction is also fascinating because Bisi Johnson is returning from injury in 2022 on the final year of his contract. Some foresee Osborn taking the next step into WR2 territory, while others have a “watch out for Bisi” mentality, including quarterback Kirk Cousins.

Allen’s Nailor theory is merely another one to monitor.