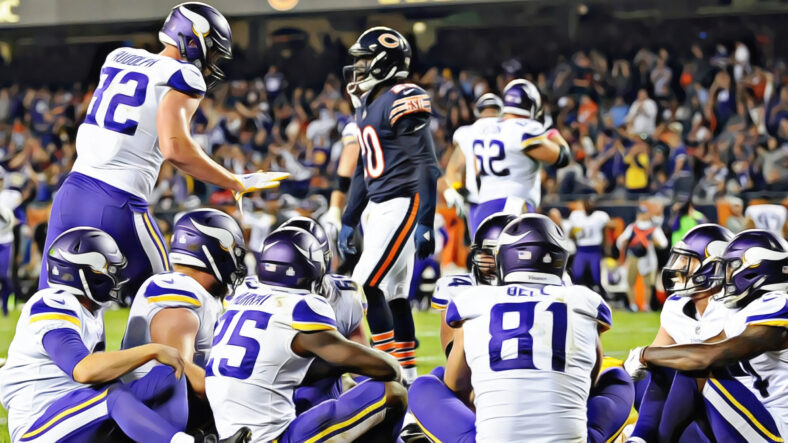 The last time the Minnesota Vikings failed to score a touchdown in a game, Barack Obama was president.

Including playoff games, Minnesota has scored a touchdown in 87 consecutive games, the longest active streak in the NFL. And excluding postseason games, for those who prefer regular season-only statistics, the streak is 83 games.

Indeed, the last time the Vikings took the field and didn’t get into the endzone was December 18, 2016, at home versus the Andrew Luck-led Colts. That game was marred by futility for Minnesota — and it evidently learned from the disaster.

Since then, the Vikings — led by head coach Mike Zimmer and quarterbacks Sam Bradford, Case Keenum, Kirk Cousins, and Sean Mannion — have hit paydirt in every contest.

Inside the streak, these are the touchdown leaders:

The New Orleans Saints hold the all-time record for most touchdowns scored in consecutive games with 165, from 2005 to 2015. So, Minnesota has almost another decade to go if it wants to conquer the all-time streak. However, if Kirk Cousins and friends score in every game during 2022’s first 13 matchups, they’ll inhabit sixth place all-time in December.

Interestingly, teams from a different Vikings era scored in more consecutive games than the batch of current record-holders. From 1995 to 2000, the Vikings trotted into the endzone in 96 consecutive games, the eighth-longest streak ever.

And the Vikings will put the NFL-best active streak on the line with a new coach in September. Kevin O’Connell took over the team in February after a defense-first coach, Mike Zimmer, put together the nifty streak.

First up? The Green Bay Packers at U.S. Bank Stadium on September 11th. Minnesota will host Green Bay for the first time ever in a Week 1 game with fans in attendance. The Packers are early two-point favorites.