Vikings Should Give 2nd-Year Defender a Shot 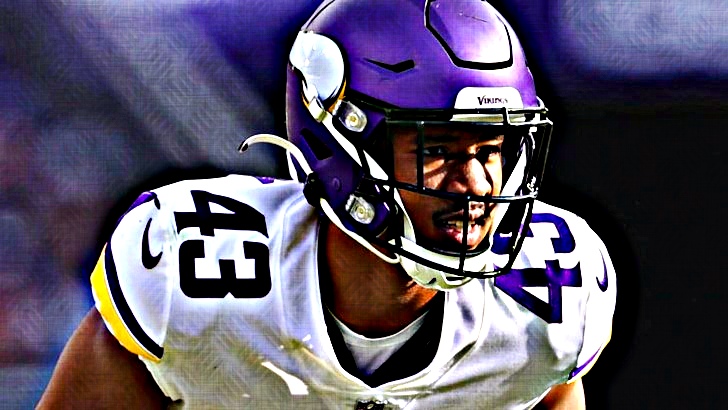 The Minnesota Vikings signed a defender at every position on defense this offseason, adding EDGE defenders like Za’Darius Smith and Jullian Taylor, a linebacker in Jordan Hicks, interior linemen such as Harrison Phillips, and Chandon Sullivan, plus others, at cornerback. But one spot is untouched. New general manager Kwesi Adofo-Mensah has signed no safeties.

Right now on the Vikings roster, before the draft, these are the team’s safeties:

That’s slim pickings at safety, especially for a team professing playoff contendership in 2022. So, Adofo-Mensah is likely to draft a safety in three weeks during the NFL Draft. But ultimately, if Kyle Hamilton doesn’t magically fall to Minnesota with the 12th pick, the franchise should give Camryn Bynum a shot as starting safety next to Harrison Smith.

Bynum, 23, did everything asked of him in 2021, his rookie season, filling in for Harrison Smith for a couple of games en route to playing 21% of all defensive snaps. He tallied 28 tackles, an interception, and a 20.3 passer-rating-against, albeit with a small sample size (eight targets).

And that’s on top of a 78.3 grade from Pro Football Focus. That was the third-highest score among all safeties drafted in 2021, behind Jevon Holland of the Miami Dolphins and Damar Hamlin with the Buffalo Bills.

The only knock against Bynum is obvious — limited experience. His instant glimpse of success could’ve been a “lucky” stretch of defensive snaps. But if coaches held that mentality, the NFL would be run by skeptics.

To date, Minnesota has shown little interest in snagging a veteran free-agent safety like Landon Collins or Jaquiski Tartt. And perhaps Bynum has already gained the presumptive starting gig.

If so, he deserves it. Like many other Vikings on the current roster, it would be easy for Bynum to fall into the “development prospect” category. After all, he was a 4th-Round draft pick, and that area of the draft is rarely a rubberstamp for proficiency.

But on the biggest stage, the NFL regular season, Bynum took the aforementioned Smith’s spot for a little while, and the Vikings defense — although not a superior product on the whole — didn’t miss a beat. His performance was surprising and noteworthy.

Too, while the risk of handing a sophomore the safety job is grand, Smith has a history of making the man next to him look pretty spiffy. Anthony Harris and Andrew Sendejo can attest. Smith was deodorant for the “other safety’ in a Mike Zimmer-led defense. That tendency is unlikely to discontinue in Ed Dontell’s new scheme.

Bynum has earned an audition to start. And Adofo-Mensah’s free-agency doings tend to suggest that’s on the way.

Plus, an ascension by Bynum to prominence makes the Stefon Diggs trade look even rosier: