Vikings Should Consider Best CB in Draft This April 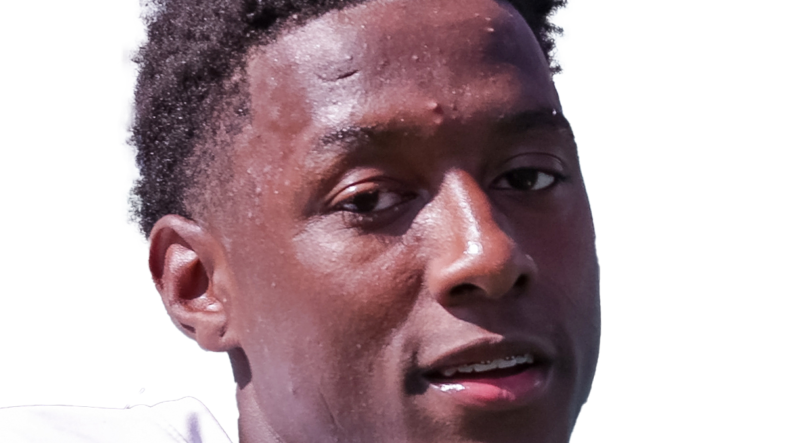 The Minnesota Vikings need to bring in some talent into their cornerback room. It’s arguably the worst position group on the roster. The General Manager Kwesi Adofo-Mensah can improve the group in multiple ways.

The best long-term solution, unless he wants to have the same problem again next year, is to do it in the NFL Draft in April.

Most experts view the top spot of the cornerback position in the draft as a two-person race between LSU star defender Derek Stingley Jr. and Cincinnati’s Ahmad “Sauce” Gardner, who spent his entire college career playing for Luke Fickell, the Head Coach of the Bearcats.

Ahmad Gardner was born and raised in Detroit, Michigan. He attended Martin Luther King High School there. Unlike the 5-star recruit Stingley, he was not a highly recruited superstar. 247sports.com ranked the 3-star recruit as 163rd cornerback in the nation and the 41st best player in his home state. He had 15 offers, among them colleges like Alabama A&M and Ball State, and committed to Cincinnati.

The long, skinny cornerback appeared in 36 games over three seasons in his college career and delivered some phenomenal stats. His freshman year, “Sauce” was targeted 58 times but allowed only 23 receptions for 360 yards and three interceptions. It might be hard to believe, but in the “Covid-Season,” his sophomore year, he somehow managed to improve his game.

The opponents targeted the receiver, who Gardner was assigned to, 40 times. Only 17 of the targets resulted in a catch for a total gain of 221 yards. His interception number stayed the same, as he picked off the quarterbacks three times again. In 2021 the standout cornerback allowed just 18 catches on 37 targets for a ridiculous 122 yards and once again, three interceptions. 122 yards allowed in 14 games leads to an average of 8.7 yards allowed per game.

In addition to the listed stats, he did not allow a single touchdown in his career, despite playing 1,124 coverage snaps. These stats lead to unbelievable passer ratings. In his freshman year, opposing quarterbacks had a passer rating of 39.4 when targeting Gardner. He improved the passer rating in his sophomore year to 29.3 and again in his junior year to 22.6.

Passers should probably consider not to target the cornerback at any time. Even some bad plays result in a higher passer rating than targeting him. For example, throwing the ball straight to the ground leads to a passer rating of 39.6.

Gardner’s man coverage skills are undoubtedly the best in his draft class. When he plays in a press-man defense and gets his hands on the receiver, the play is over. It seems impossible for opponents to get open because his skills are paired with above-average physical tools, as revealed by his great Draft Combine performance. He was measured at 6 feet and two-and-a-half inches.

Despite his height, “Sauce” does not lack any movement skills and is still a fluid and agile athlete. His 4.41-second 40-yard dash showed that it’s hard to beat him deep. That should still be the case at the next level in the NFL. While his zone coverage is not at the same level as his man coverage, he still plays in zone defenses at a very high level. His consistency is remarkable. He rarely loses a rep and therefore is seldom targeted.

It’s hard to find any weaknesses. Gardner’s tackling is the worst part of his game, despite being an average tackler. Some pundits have a problem with the competition he went up against, but when he played against Alabama in the CFB Playoffs, he locked down some of the nation’s top wideouts.

My grade for him: 92.75 – top 10 pick. “Sauce” is my number 1 cornerback in the draft. Most experts have him going before the Vikings pick with their 12th overall pick. He is a fantastic scheme fit for the new Defensive Coordinator Ed Donatell and his defense because of his phenomenal man coverage. His presence will immediately upgrade the biggest weakness on the Vikings roster, the cornerbacks. Kwesi Adofo-Mensah should certainly consider trading up for the Cincinnati defender. I can see him becoming an elite player in the NFL, and he will hit the ground running and immediately help the team that selects him.