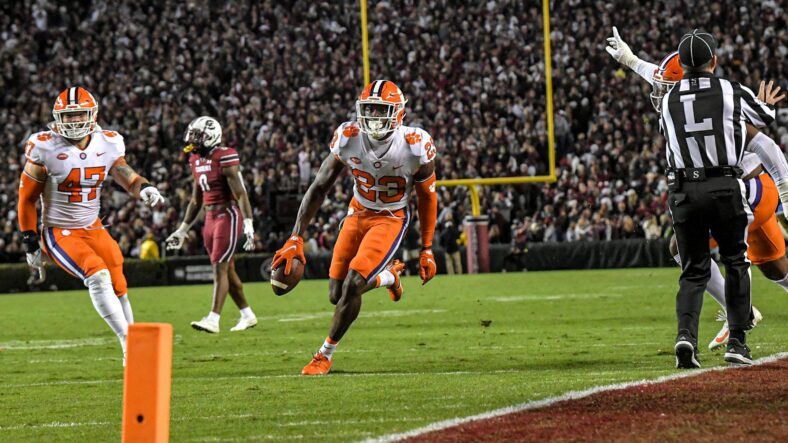 The Minnesota Vikings rookie puzzle is complete as the final two draftees signed on the dotted line Sunday.

A logjam was present for about six weeks with 2nd-Rounders from the 2022 NFL Draft, clogging a handful of players from signing rookie deals. For the Vikings, that is over.

Ingram and Booth are bedfellows for 2022 projection, too. The Vikings drafted Ingram presumably to play right guard, but Adofo-Mensah also signed free agents Jesse Davis and Chris Reed this spring to contend for the same job. Ingram, based on his draft stock, should be considered the frontrunner to take over the job in time. However, Davis was “the guy” at RG during June’s minicamp, while Reed is probably the best player by the numbers as a veteran for the job.

Now that Ingram is formally in the house for 2022, he should receive an honest-to-goodness opportunity to win the RG1 assignment. That’s what 2nd-Round interior offensive linemen do — start sooner than later. But he’ll have to knock off Davis and Reed along the way.

Booth is situated among veterans Patrick Peterson and Cameron Dantzler for 2022 playing time. He battled a sports hernia injury during the lead-up to the draft, sending his draft stock down the board a bit and was eventually discovered by Minnesota in Round 2. Some mock-draft personalities theorized Booth as a late-1st-Round hit.

Peterson could pick anywhere in the NFL he wanted to play as a 2022 free agent, choosing the Vikings for a sequel after a commendable 2021 showing. Yet, he latched onto the Vikings for an extra year to start, so the likelihood of Booth taking his job, at least in Week 1, is low. Dantzler, too, is on a path to becoming an upper-echelon starting CB in the league, creating an uphill battle for Booth to start in September.

But rookies are for the future, especially ones not drafted in the 1st Round. Ingram and Booth will get ample opportunities to emerge this season and beyond. The important part for training camp purposes is that both men are ready to go.

Veterans report to camp in Eagan on Tuesday, and fans can join on Saturday, July 30th.

The Vikings first preseason game is against the Las Vegas Raiders on the road in three weeks.