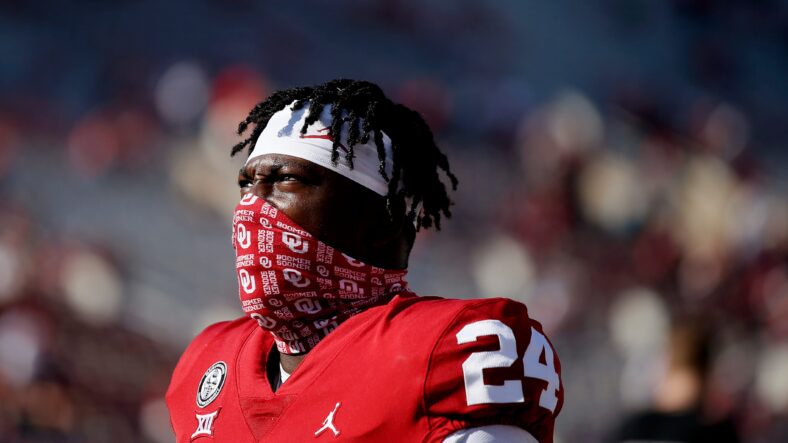 A little over two months on from the 2022 NFL draft, I‘m impressed by the players the Minnesota Vikings drafted.

Everyone has an opinion on players and what constitutes good trade value. The one thing, in my opinion, that is most important to look out for is a team that has a plan. You want to select the best player available for your team, but who that player might be is subjective. I can see a plan in place from the Vikings.

One thing I’ve taken at this early stage from this draft class is that the Vikings have picked a group of hungry, energetic players who will play hard and at a fast pace. Lewis Cine leads the way as the first-round pick, but no one embodies it any more than Brian Asamoah — who is evidently preparing for war.

When Kwesi Adofo-Mensah was announced as the new Vikings general manager, all of the talk was about creating a new culture. One of the best ways to do that is by drafting players who fit the culture you want to build. Adofo-Mensah didn’t pick Asamoah just because they both come from a Ghanaian background. That’s just an interesting back story. Asamoah is everything the Vikings want to build — hungry, confident, energetic, and plays hard and fast.

His sideline-to-sideline speed makes him stand out as a modern-day linebacker and is already catching people’s attention. Tipped by ESPN as the Vikings surprise offseason standout, the former Oklahoma Sooner is the perfect understudy to Eric Kendricks and Jordan Hicks. The two veterans will be the go-to guys for the Vikings at linebacker this season. Both are 30 years old now, so the long-term future at the position is Asamoah.

That’s not to say he won’t make an impact this season. He will compete with Blake Lynch to be the third linebacker, and how much time he has on the field will depend on several factors — starting with beating Lynch out to a higher position on the depth chart but also depending on how the Vikings defense lined up. New defensive coordinator Ed Donatell has discussed the variation he wants from his defense. The Vikings won’t just line up 3-4-4 on every down.

However, I expect the rookie to “take the bull by the horns” as opportunities come along. He will be ready. He is working hard and has the talent to make his mark early in his NFL career. Asamoah is preparing for war, and I think Vikings fans will love what they see from their new linebacker.