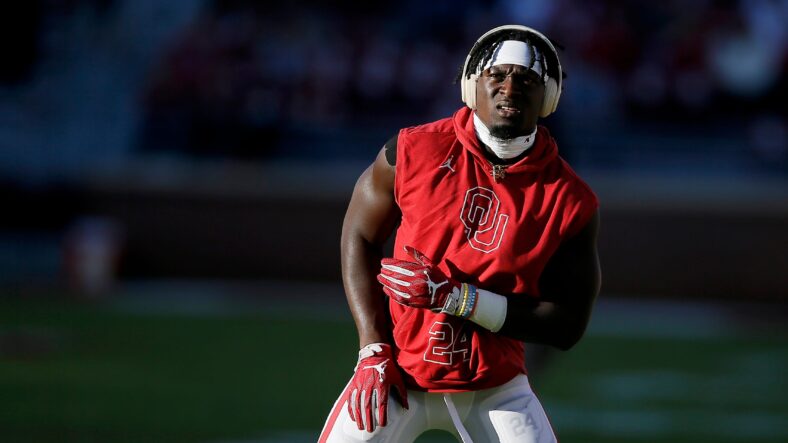 When it comes to drafting players in the National Football League, certain expectations come with your draft position. First-round picks come with a weight of expectation to provide an immediate impact while having a long career at the top of the game. Of course, that doesn’t always happen, but it’s expected.

Then, there are the Day 2 guys like new Minnesota Vikings linebacker Brian Asamoah where teams will hope to find good players with a high floor or an even higher ceiling. Who will be good starting-caliber players at worst but potentially even more. So, just how high is Brian Asamoah’s ceiling?

Back in February, Ryan Fowler of The Draft Network claimed Brian Asamoah’s ceiling was uncapped.

“A downhill thumper that will stick his facemask through your chest plate, it doesn’t take long for Brian Asamoah to make his presence felt on tape. A two-year starter within the uber-complex Oklahoma defense, after taking over duties as the Sooners’ starting WILL linebacker in the fall of 2020, Asamoah’s skill set has teams raving over his three-down potential at the next level. A modern-day defender with the ability to strike in the run, work sideline-to-sideline in tracking down ball-carriers outside the hashes, and with an improving ability in coverage, his ceiling as a player is uncapped on the heels of opening eyes at the NFL Scouting Combine next week.”

The key phrase in there is “three-down potential.” Many linebackers excel against the run, or as pass rushers, or increasingly in the modern NFL, dropping back into coverage. Finding a player who can do it all is a rarity and highly sought after. The run game is where Asamoah truly excels. A physical in-your-face hard-hitting prospect who will show up big in the run game. Whether that’s coming straight downhill or going sideline to sideline, he also has everything you need to be effective in rushing the passer and should be capable of getting multiple sacks during a season.

The secret to his success and just how high Brian Asamoah’s ceiling can be lies in his coverage ability.

He is already good in man coverage, with the ability to stick to his man. The hip fluidity, change-of-direction speed, quick-twitch instincts, and solid straight-line speed he posses are solid building blocks to shine in the NFL in man coverage. His weakness right now is in zone coverage, where he doesn’t look as comfortable. Developing that part of his game is the final piece of the jigsaw puzzle. If the Vikings coaching staff can coach him up in that area, then he would be the complete linebacker.

In Asamoah, the Vikings have a confident guy destined for big things. Before the draft, he had this to say when talking to the media. “Teams are getting an individual that loves the game of football, someone that truly wants to be the greatest to play the game,” when asked what he would bring to the team that selected him, as well as talking about his skill set and what he could do on the field. Asamoah had this to say, too, “someone that will bring a championship to the city.”

“That’s the standard,” he said.

A confident man who expects to win, which was a theme of Kwesi Adofo-Mensah’s first draft, where he selected players who were involved in successful college teams. Eric Kendricks and Jordan Hicks will assuredly be the every-down linebackers to start the season. I expect Ed Donatell’s defense to be relatively fluid, and there will be plenty of chance for Asamoah to get on the field and show what he can do.

When that happens, Vikings fans will be excited by what they see.